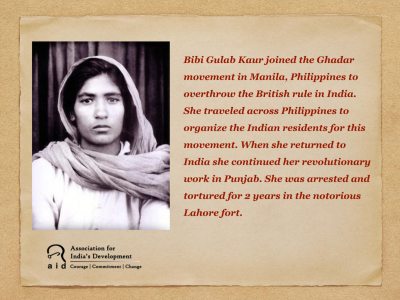 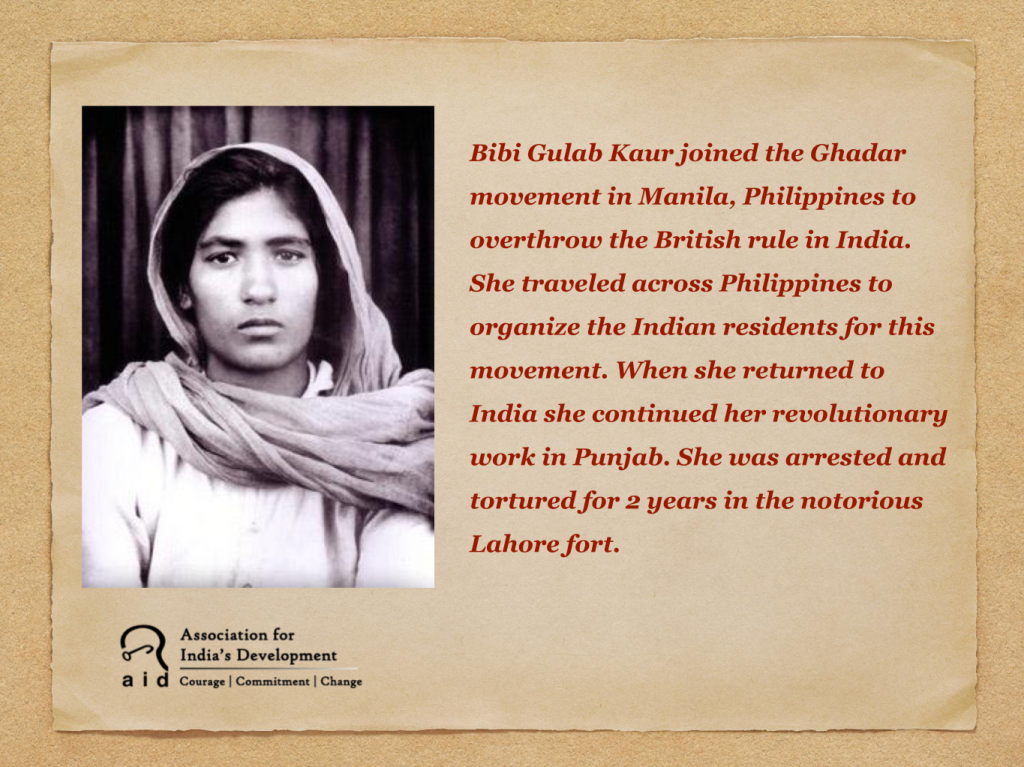 Bibi Gulab Kaur was leader of Ghadar Party in Manila, Philippines. She was born in 1890 in a small village in Sangrur, Punjab in a poor peasant family. She was married off at an early age to Man Singh. They came to Manila in search of livelihood, like many Punjabi farmers who were driven off their lands by the British policies. In Manila she came in touch with Baba Hafiz Abdullah (Fajja), Baba Banta Singh and Baba Harnam Singh (Tundilat), leaders of Ghadar Party Branch in Manila. Gulab Kaur joined the movement to overthrow the British in India and became one of the main organizers of the Ghadar party. She travelled across Philippines to organize the Indian residents. She also collected weapons and money for the party.

Responding to the call of Ghadar party she returned to India and continued her revolutionary work in Punjab. She was arrested and kept in the notorious Lahore fort and tortured for two years. She was not coyed down by it and she continued to organize people against the British and their collaborators. She died in 1941.  It is a great misfortune of the people of India that historians have ignored contributions of women like Bibi Gulab Kaur, while writing volumes about the collaborators of the British in India.