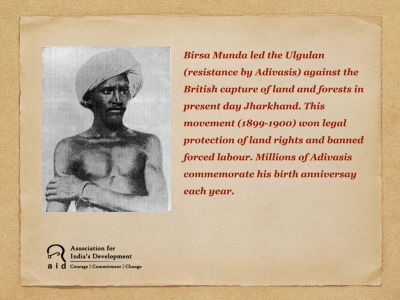 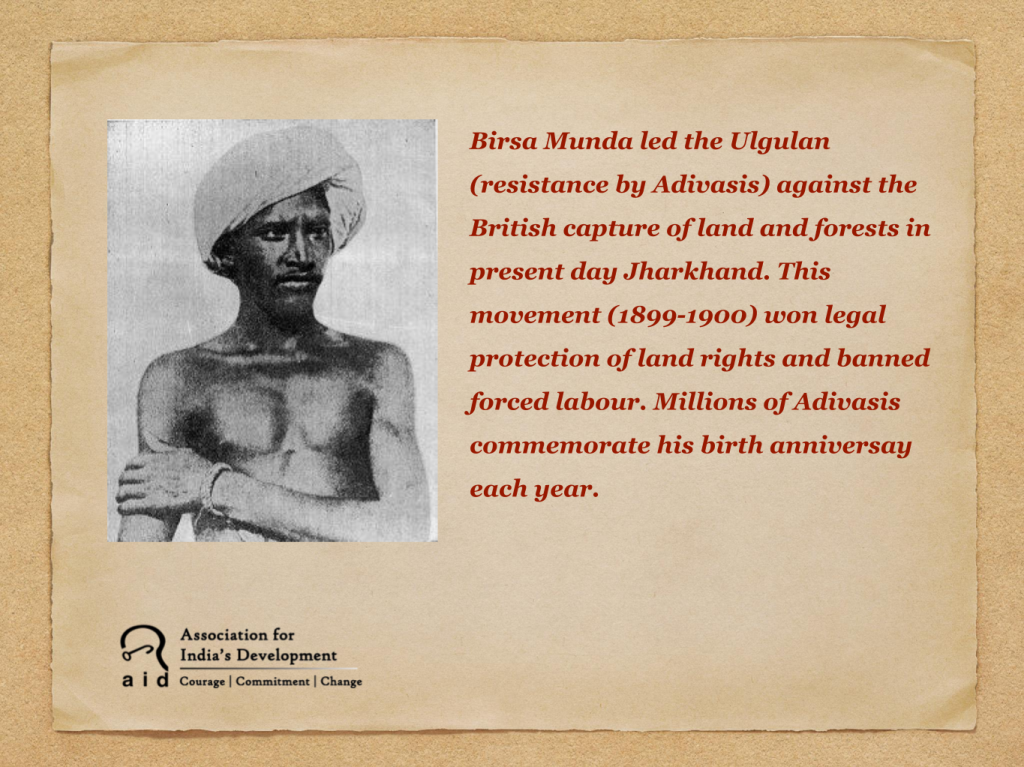 This Adivasi leader from Jharkhand was ahead of his time. Yet his name is not among 19th century freedom fighters in our history textbooks

Few Indians, no matter how patriotic, can place Khunti on a map. This district of Jharkhand state gave India one of its earliest freedom fighters, Birsa Munda. Around 1874-75, when Birsa was born, the district was part of British India’s Bengal presidency.

Today, Munda Adivasis (indigenous people of the Munda tribe) work as farmers, government employees, artists, bureaucrats, and professors, across India and the world. In the late 1800s, large numbers of them were forced into slavery, as the land they had traditionally occupied since ancient times was grabbed by a growing number of outsiders, including moneylenders, traders, and contractors. This was increasingly an integral aspect of “commerce” under British rule, and the resulting enslavement – bandhua mazdoori, or debt bondage, declared illegal in 1976 – was nothing if not caste-based exploitation.

The burden on the Adivasis was massive. In the 1870s and 1880s, the British Indian government tightened control of forest land for revenue purposes. British legal notions of private property undermined Adivasi traditions of shared use of land, causing tensions within tribal society. Christian missionaries were especially active in the region, adding to the divisions.

Adivasi resistance to this economic and cultural battering took the form of not only armed revolt, but also religious and cultural movements to strengthen their communities. One example was the Santhal armed revolt in 1855, led by the Murmu brothers, Sidhu, Kanhu, Chand and Bhairav. Other examples – to name just a few – include the Kherwar or Sapha Har movement (1870s), the Naikda Adivasis’ attack on police stations in Gujarat in 1868, and the 1882 attack on white occupiers by Kacha Nagas in Cachar, led by a charismatic named Sambhuden. Often, revolutionaries were massacred, or tried and hanged, by the ruling power that claimed civilizational superiority.

Perhaps the best known Adivasi movement was the Ulgulan, or resistance, led by Birsa Munda in 1899-1900.

Among the Mundas, traditional lineages known as khunts jointly held land. By the mid-19th century, Britain’s lucrative African slave trade had shut down due to moral pressure, and later laws, in Britain. But in an empire built on exploitation, the demand for “cheap” labor could not just disappear. The solution, then, was indentured labor.

The sun never set on the British empire, as the old joke goes, because even God couldn’t trust an Englishman in the dark. Contractors prowled Adivasi lands, hunting for recruits to feed the global demand of the empire. Merchants and moneylenders seized Munda territory. Anglican, Catholic, and Lutheran missionaries promised help but delivered nothing and no one. Adivasi leaders who attempted to fight the land grabbers in court appear to have been swindled by their Anglo-Indian lawyer from Calcutta.  There seemed to be no solution, and the burden on the Adivasis was becoming unbearable.

A savior appeared in the form of Birsa, the young son of a share cropper. He had received some education from missionaries, and in 1893-94 had supported a movement opposing the colonial Forest Department’s takeover of village lands. In 1895, Birsa claimed that he had a divine vision, and that he was a prophet. Thousands came to hear him, and tribal leaders infused the growing religious movement with political and economic messages.

The British imprisoned Birsa, alleging a conspiracy, but two years later he was back, more fiery than before. He held meetings in the nights in the forest, urging his followers to kill land-grabbing thikadars, jagirdars, and others who enabled the exploitation of the Mundas. Effigies of the British Raj burned as the Mundas sang songs about killing their oppressors. Birsa’s followers won over the Mundas who had converted to Christianity, proclaiming their new faith in a single god whose prophet was Birsa Bhagwan.

On Christmas Eve of 1899, Birsa’s followers attacked churches in Ranchi and Singbhum districts. By January, their focus had shifted to the police, causing panic amongst those in power. On January 9, 1900, the revolutionaries were defeated, and three weeks later, Birsa was captured. He died in custody in Ranchi on June 9, 1900.

However, the revolt was not a failure: the Adivasis won some legal protections for their land rights (before the rest of the region’s peasantry), and forced labor was banned.

And Birsa’s memory lives on. Millions of Adivasis commemorate his birth anniversary each year, not just in Jharkhand but also in distant parts of India. Ranchi’s airport is named after him, as are several organizations and educational institutions. The 2004 film Ulgulan: Ek Kranti (the revolution) tells the story of the resistance, with hundreds of Birsa’s followers among the cast. The 2008 film Gandhi Se Pehle Gandhi is based on Birsa’s life. Renowned writer and activist Mahasweta Devi’s award-winning 1977 novel Aranyer Adhikar (Right to the Forest) is based on Birsa’s life and the Munda Ulgulan. 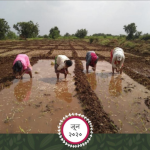 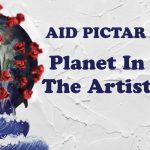 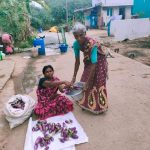