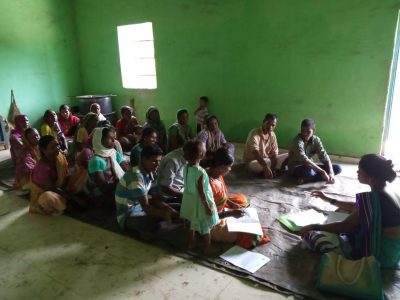 Palghar is a small, predominantly tribal district in coastal Maharashtra which is the richest Indian state. However, malnutrition in children is rife amongst the tribal communities in this state, with over 600 children dying due to malnutrition in Palghar alone in 2016.

Considering the high prevalence of malnutrition and stunted growth in tribal children in Palghar, SATHI initiated a social audit process in ten selected villages in March 2019.

The audit focused on the implementation of three government schemes, one of which is the “Amrut Aahar Yojana” (AAY), where women from tribal areas in the third trimester of their pregnancy and breastfeeding mothers until 6 months after birth of their child are provided with one hot cooked nutritious meal of their choice daily for six days in a week by the local Anganwadi (government rural child care centre).

Health activists from the local partner organisation Arohan were trained about the social audit process and its role in improving the performance of government schemes. They, in turn, organized meetings with villagers in each of the ten villages, where they specifically discussed the AAY scheme and its benefits for women and children. As a result of such awareness drives, community members from all the ten villages then realised that they were not being provided daily meals by the anganwadi workers, despite being entitled to them. 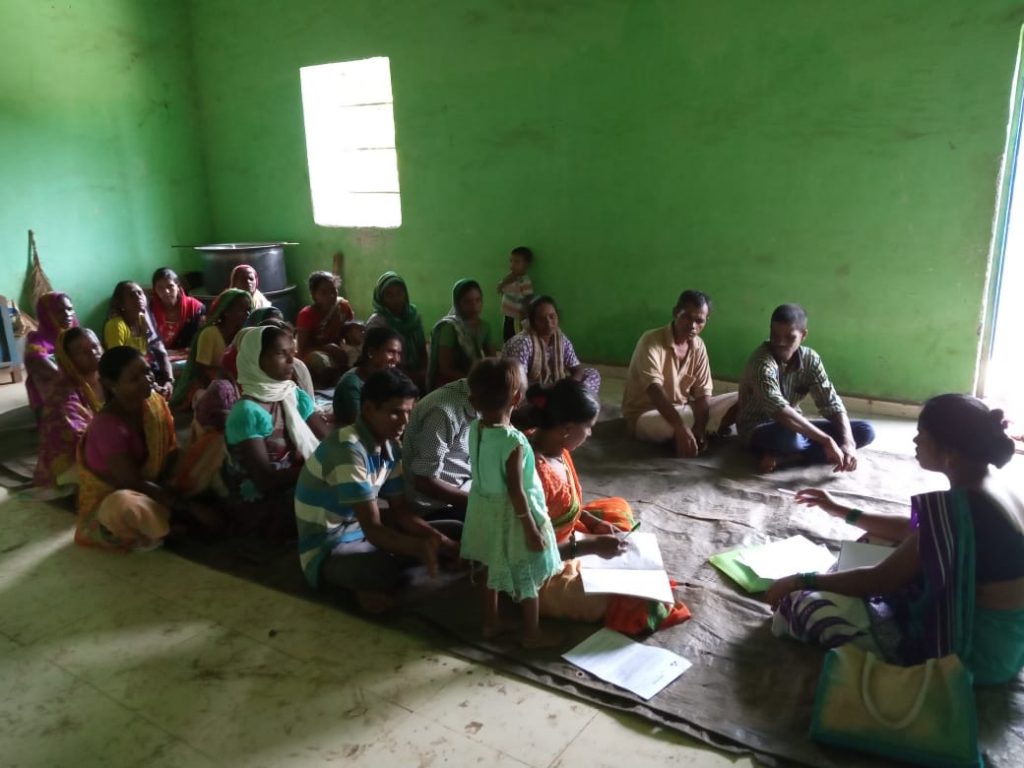 Arohan health activists then helped to form action groups called “Pada Samiti” in each village, comprising of around 15 women and men from the village. These received training by the SATHI team in conducting social audits and to build their capacity as community leaders. To monitor the implementation of the AAY scheme in Dapti village, Pada Samiti members approached their local Anganwadi and asked for the list of pregnant and lactating women who are registered in the AAY scheme. They cross-checked the data given by the Anganwadi worker by following up with each of the registered women. The cross-verification process revealed that the beneficiaries were being provided with meals hardly two days in a week, instead of on a daily basis.

Subsequently, Pada Samiti members organized a “Jansunwai” (public hearing) in the villages, attended by all the community members and the local anganwadi workers. Women entitled to a daily hot meal as per the AAY scheme demanded an explanation about why they were being provided meals so irregularly. In the ensuing discussions, some anganwadi workers confessed that they had not worked as per the rules so far and committed to provide the meals on a daily basis henceforth. Other workers shared their problems about lack of funds and resources, due to which they were unable to purchase enough food to cook daily meals. This issue was flagged and taken for follow up with district authorities.

After the Jansunwai, Pada Samiti members regularly check up on all pregnant and lactating women in Dapati village. The anganwadi workers now provide all the registered women with a daily meal comprising of eggs along with rice & dal/Roti & vegetables. If any woman is unable to come to the Anganwadi for her meal, she is even given the food at home.
“

Before the Jansunwai, I didn’t know that we could have this food daily. Things are better now and I am satisfied with the food and the quality too. I look forward to going to the Anganwadiwadi for my lunch.
Kusum Waje, one of the 12 women registered in AAY in Dapti Village.

Conducting the social audit process has not just helped hundreds of women like Kusum, but also enabled villagers to participate in governance processes. With greater knowledge about their rights and ability to bring about change at the grassroots, Pada samiti members feel confident and empowered to seek accountability and better governance of various government schemes that are intended to help them.
Written by:
Trupti Malti & Ashok Warghade