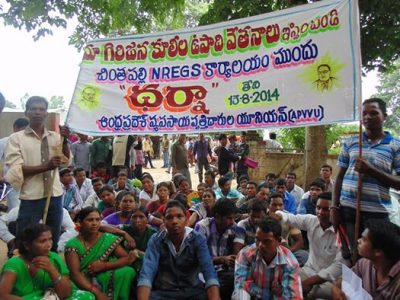 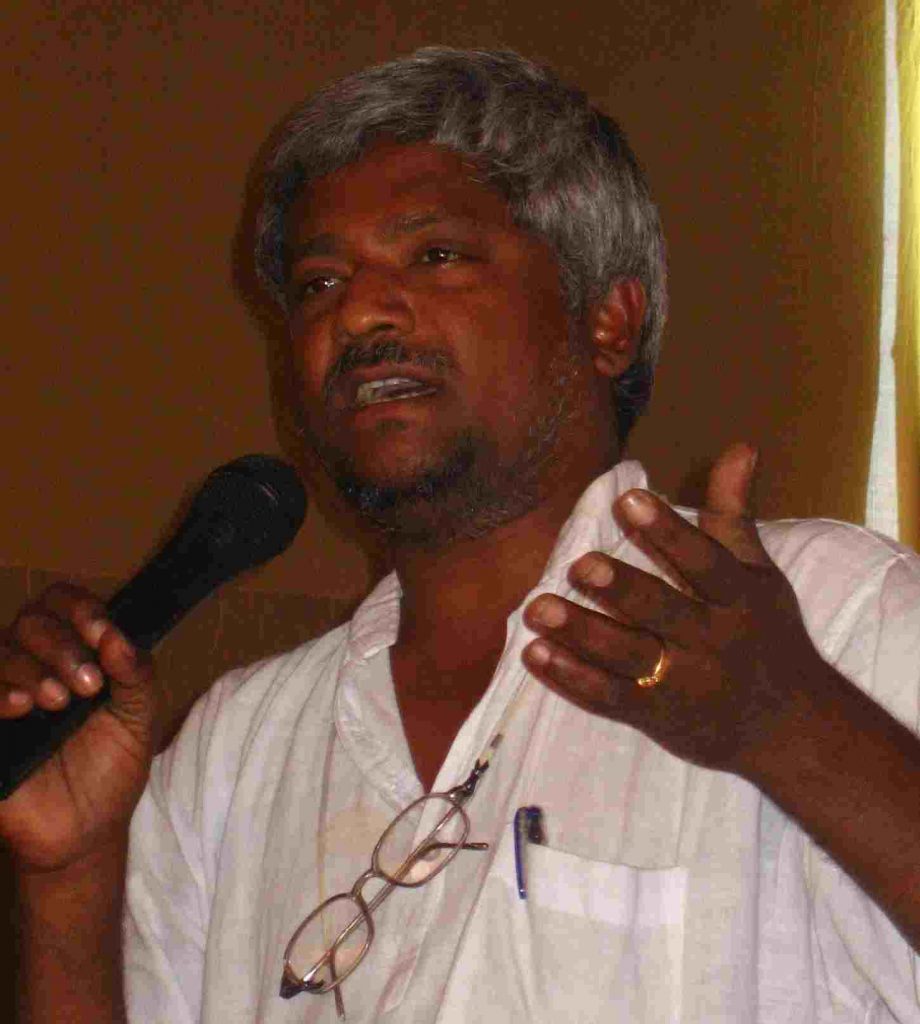 Persistent follow-up by AID friend and partner Ajay Kumar on non-payment of wages to adivasi (tribal) workers in the “National Rural Employment Guarantee Scheme” (MG NREGS)  has resulted in a powerful verdict from the High Court. The court ordered for pending payments for works done more than 2 years ago, to be made to the workers with compensation/penalty for delay, and action against the officials. This has implications across the country for lakhs of workers who face similar problems of non-payment of wages due to misappropriation of funds (see Aug 5, 2016 Court Order pdf).

With the High court orders, the government is compelled to first pay the wage payment to workers, and then have liberty to collect the same amount from the persons who misappropriated those funds.

Thanks Ajay garu and his team for the great work and painstaking follow-up without leaving any stone unturned – from data collection at ground level, writing letters to official and winning the judgment of the High Court case.  Below are more details from Ajay Kumar on the historic judgement.

On 5th of August, 2016 the Honorable Judge Sri A. Ramalingeswararo allowed the writ petition filed by tribal people of Chinthapalli Mandal, Anavaram Gram panchayit NREGS  wage workers and directed authorities to verify and pay wages with compensation and action against authorities.

Panaslapadu and Somavaram habitations of Anavaram Panchayati and, Pinapadu and Jeelugumetta of Bennavaram Panchayati  of Chinthapalli Mandal of Vishakapatanam – villages in schedule tribal area – worked in MG NREGA in the financial  year 2012-2013 and 2013-2014 but they did not get wages. These issue were brought up in the Social audit, but still the tribal workers did not get their wages. The  workers brought this to our notice in the month of June 2014 and we started our correspondence with officials. 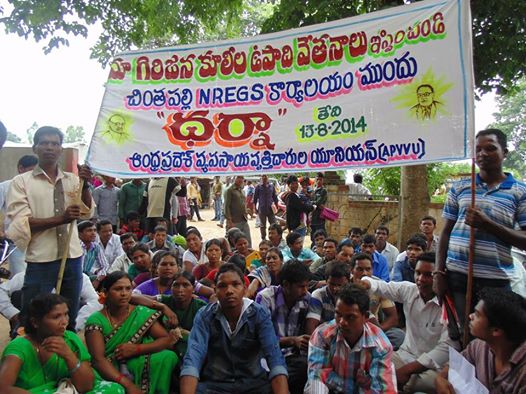 We wrote to the NREGA officers.

These petitions / complaints and email to the officers did not result in any thing. The tribal wage workers of two Gram Panchayats then wrote post cards to Commissioner RD for wage (this was published in leading newspaper The Hindu).

On 04/08/2015 the tribal wage seekers filed write petition in High Court to give a  direction /order  to pay wages with compensation. On 5th of  this month Honorable Judge allowed the tribal wage seekers petition and passed a judgement to vety and pay the workers within 3 months.  From the beach court tolled the GP, RD & Panchayeti raj the APO of Chinthapalli Mandal should pay the wage to workers and Goverement should pay the compensation to the delay wage.

So far  when  misappropriation  of wage amounts happened, even when it was proved in social audit the authorities only  ordering an enquiry.  No one knows what happens to these enquiries. After ordering enquiry no one bothers  to pay the wage to the  wage workers. Whenever workers ask about the wage, they say  ‘ enquiry is going’.  In hundreds of cases the wage workers did not get back their due wage  and there is no data in the EGS dept how much amount was held up in these enquiries.

— It is recorded in 5th round Social Audit that an amount of Rs 6,62,506 is to be paid to wage workers R.Kothuru panchayat in Koyyuru mandal for their work done from 30-1-2012 to 30-6-2012. When asked about the payments through RTI, ‘Cases are registered in Koyyuru police station’ is the only response we have received. There is no mention of when the wages will be pa

— A special audit was conducted by Rural Development Department to evaluate the work on the Coffee plantation works taken up with NREGS funds. About 40% of the records were not submitted by Dumbriguda, Paderu, Pedabayalu and Hukumpeta mandals. From the available 60 % records, It is noted that an amount of Rs 1.5 Crores is still to be paid as wages.

With the High court orders, without waiting – so called enquiry – the government is compelled to pay the wage payment first to the wage workers and then have liberty to collect the same amount from the persons who misappropriated those funds. So in this regard, the High Court orders have larger implication in MG NREGS to not only in Andhra Pradesh  but all other state too.