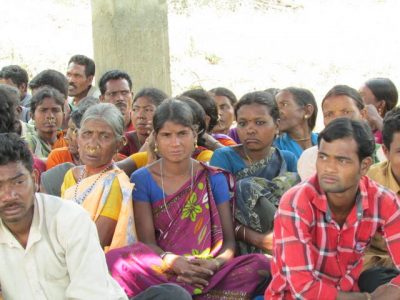 Have you ever been to a gram sabha?

Do you even know what a gram sabha is?

We were staying at his house/training center in Anakapalli.  Anakapalli is famous for bellam (packed brown sugar).  So in the morning we ate wadas for breakfast.  With bellam!  (Wada and bellam together seem a little like a doughnut.)

Anyway, we then left for the gram sabha, which was in a village called Vanabrangipadu.  Gram sabhas have nothing to do with kilograms.  A gramam is a village and a sabha is a meeting.  So a gram sabha is a village meeting, except actually there were people from 8 villages at 1 sabha.

9 or 10 of us crowded into a Jeep.  It took about 3 hours to get to Vanabarangipadu, and, as the village was up a mountain, the road wound more often than not and I got a bit nauseous.  At one point there was a pretty steep hill we didn’t think the Jeep could climb, so we got out and walked the last 2 kms.  (Whew! — no carsickness in walking.)

When we got there, the villagers washed our feet and put bottus (bindis) made of akshintalu (raw rice coated with turmeric).  As it was just wet rice with pasupu (turmeric) and maybe some flowers, the akshintalu kept falling off every now and then.  Someone was also beating a drum.

Then we went down to the raised concrete platform where they were going to hold the gram sabha.

When it started, I could barely understand anything!  They were speaking partly in Telugu and partly in Kui, their local language.  Kui seems to have some Telugu in it, actually, but it was still hard to understand.

Apparently this was the first gram sabha in this panchayat (group of villages).

Ajay Kumar had trained the villagers on how to hold a gram sabha.  Which is weird, because they should just be doing it themselves and not being taught by some Anakapalli guy.  But they don’t do gram sabhas, maybe because they don’t think they need all that standard procedure stuff. But they do, because even if they can sort everything in their village out without it, they have to stick their sorted-out stuff through a transformer first, and then give their standardized decisions to the government, so that they’ll understand and recognize them.  Like how sometimes you have to plug a transformer into the wall (village decisions) first, and then plug in the computer (higher government).

And that transformer is… guessguessguess… the gram sabha!

He was planning to hold more training sessions, on following up on things decided in the sabhas, and also trainings for the members of the Adavi-Hakkulu committees.

So here’s the math:

Each district also has sub-divisions, which contain a few mandals each.

And each sabha has 1 Adavi-Hakkulu committee, which I think has around 8 people.

What does the Adavi-Hakkulu committee do?

What the Adavi-Hakkulu committee does*:

It tries to get the villagers titles to their land.

The people on the committee make a map showing what land belongs to which person.  Then they check it in the gram sabha.  Then they submit the map to the sub-divisional committee for approval, then (if it’s approved) to the district.  If and when the district approves it, the villagers are supposed to get titles to their land within _______  ________.  Oops!  Update:  There’s no time limit!  Alla elagaa?!**

And while the Adavi-Hakkulu committee is making the map, they have to consult the other villagers as well.

In the gram sabha they voted for the committee members.  They made it compulsory for women to be on the committee — “Mahilalu compulsory ga undaali.”  They ended up with 2 women — Yay!  Clapclapclap!

Around this time we went and ate lunch.  After lunch, Amma saw some women and girls carrying dishes and water in bindilu and buckets on their heads, so she went to take pictures.  See, for a long time, Amma has been wanting to do an AID calendar with the theme ‘Headloads.’   And it looks like it might finally happen this year, so Amma was taking pictures.

She showed me some places where they got water and washed dishes.  Although they had an ordinary open well, they also had some more interesting water sources….

Here are a couple more things they were talking about, back at the gram sabha:

Apparently, in 2003, the Supreme Court passed a bill saying that everyone in forest villages would get 35 kilograms of rations per month.  Now, in 2015, 12 years later, they’re only getting 10-15 kgs/month — the rate for plains villages.

When they borrow money from moneylenders, sometimes they are being charged 50% interest in 6 months!  I don’t think that’s very legal….

At some point, they read out the minutes so far and asked if people liked them.  Gotta make sure the record-keeper is record-keeping properly!

The best part of the gram sabha trip was seeing all the water sources.  (And walking to the village and back.)  The best parts of the sabha itself were that they made mahilalu (women) compulsory for the Adavi-Hakkulu committee, and got 2 mahilalu, and that they read out the minutes and asked if people liked them.  I don’t know if they would do that in a great big formal court full of hierarchy, but they did it in this little, more friendly, less formal meeting.  At least it seemed a bit less formal.

It makes you realize that it doesn’t really matter how ‘formal’ or ‘proper’ the process is, the main goal is to just get the thing — getting your land titles or rations or whatever — done.  Not even the titles — the land.  No need for formal titles and all.  Basically you just have to survive.  But even if you manage without the land titles your whole life, and nobody snatches off your land, your kids could have a hard time later on, so I guess you’d better get the titles.

All of that stuff could be up for debate.  You could do a lot of philosophizing with all that too. 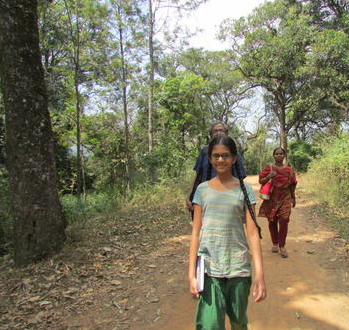 The author, on the way to Vanabarangi Padu, Visakha District, Andhra Pradesh 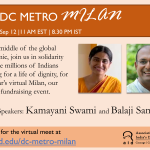 AID-DC Metro invites you to a virtual Milan! 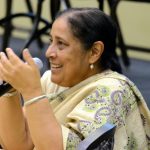 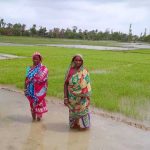 Grit in the face of adversities: an update from Sundarban 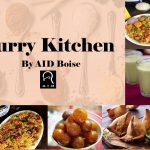