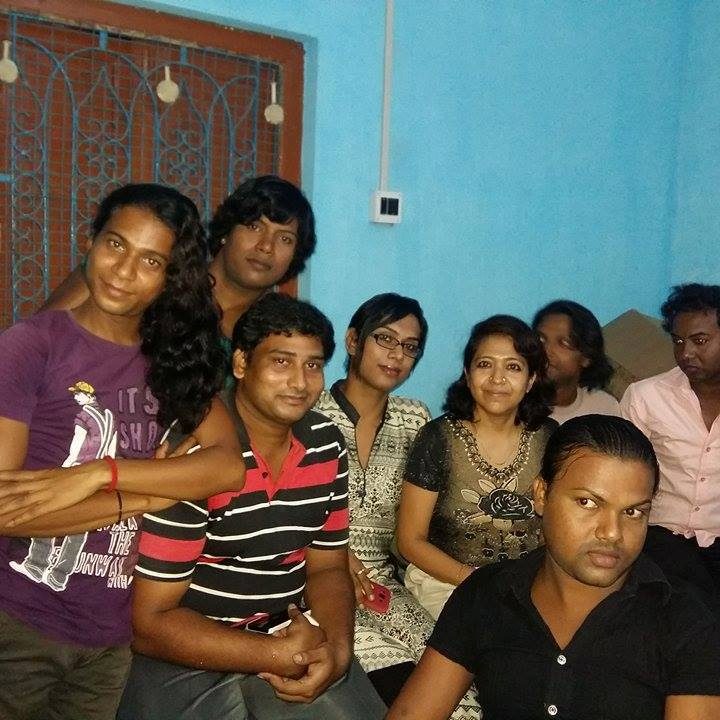 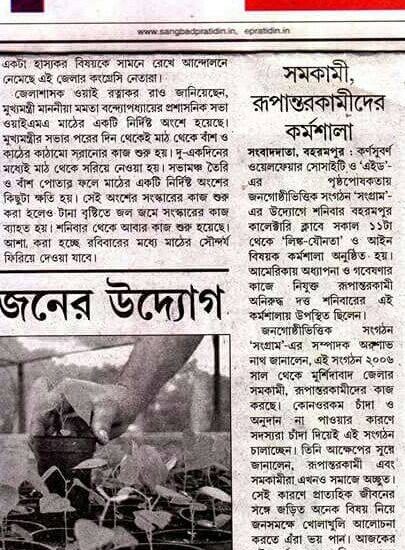 The Project:  Social Advocacy and Health-related Support for Transgender and Gender-variant Persons

Transgender, Hijra and gender-variant people on the male-to-female spectrum are among the most marginalized sections of society, prone to familial rejection, social discrimination, sexual violence, and lack of employment opportunities, which compels especially poorer trans/gender-variant people to take up sex work and Hijra professions and exposes them to high rates of sexually transmitted infections. This project, implemented by community-based organizations and led by trans/gender-variant people themselves responds to some of the community’s needs by undertaking social advocacy on gender/sexual rights , providing crisis intervention and sexual health-related support in two districts of West Bengal.

Report on workshop in Sambad Pratidin 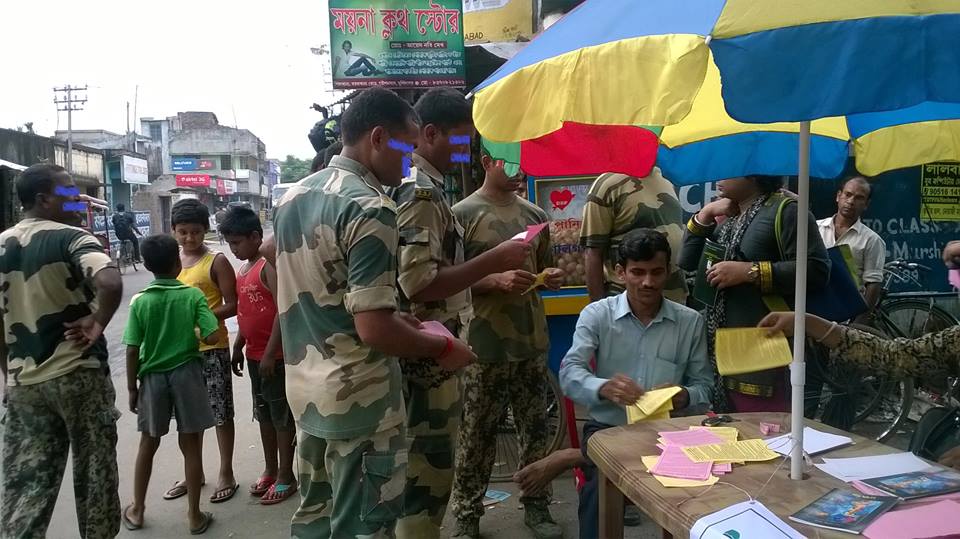 Do you have any feedback about this series? Interested in helping with Know Your Projects series or other initiatives by the Projects team? We would like to hear from you. Please write to [email protected].