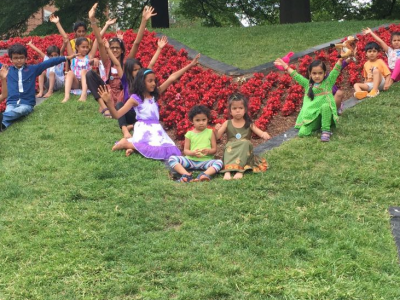 “This was a green conference. It tasted soooo good!” writes 9-year-old Surina Ediga from New Jersey.  Along with her parents and sister she attended the AID conference in College Park, starting with Peace, Justice and You(th) on Friday, May 27 and the general conference which continued through Monday, May 30. 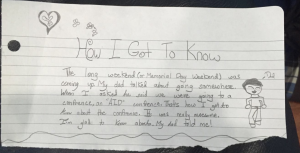 At first, in the kids room we were painting a recycled wooden board, orange. A teacher named Mrs. Tulika helped us. Then a different teacher came and she taught us a rap called “Be The Change”. The rap starred Mohandas Gandhi a.k.a Mahatma Gandhi (Mahatma means great soul). The most common line was “Be the Change that you want to see in the world.  Just like Gandhi.” Mrs Tulika’s daughter Arohi performed with me on the 4th day. 2 others named Khiyali and Vishnu did too. 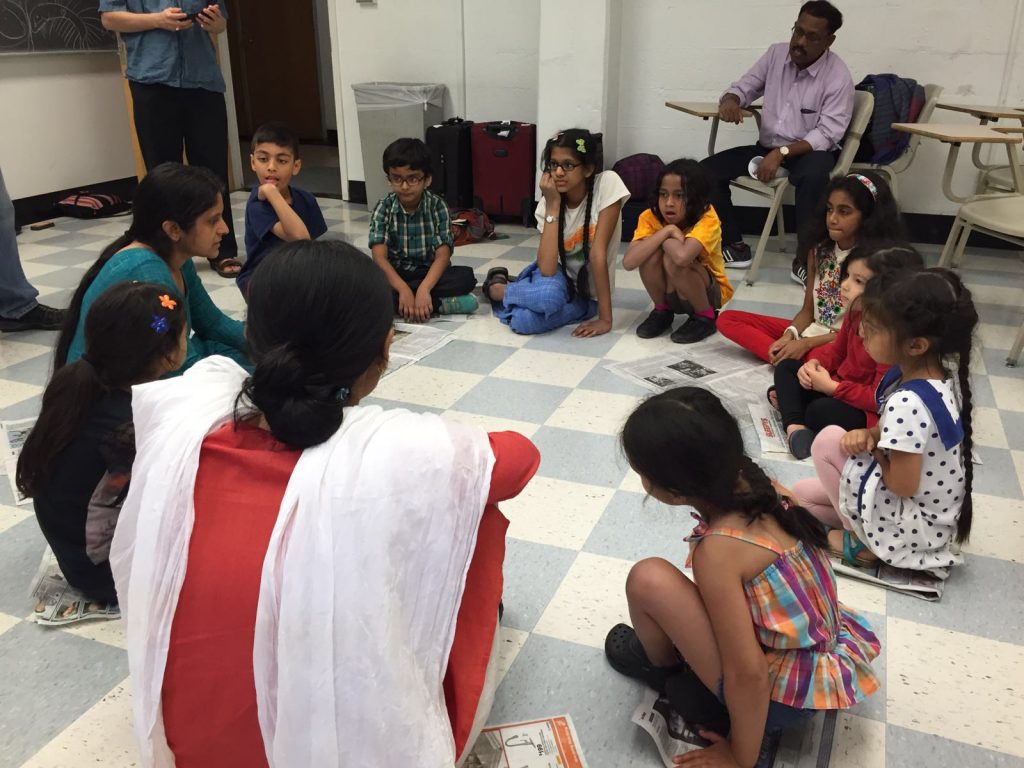 Kids share ideas about what makes a good life for ones self and others at the Peace Justice and You(th) conference 2016.

On the 2nd day I met Adrita and got to know Khiyali better. Khiyali and me learnt Bharatnatyam. Adrita learns gymnastics and ballet. Using one of my songs we made a dance. First, an inspiring skit took place (referring to AID Cincinnati’s Unsuni). Next was us. My friends Rewa and Anika came at the end and we all said “Happy 25th Birthday!” It was a hit !

The breakfast was awesome. There was bread, apples and pears. Hummus, fruit, jams and cream cheese were dips. The plates were made of leaves, so they could be composted. This was a green conference. It tasted soooo good!

Once while eating lunch or dinner, someone announced that they were going to serve edible spoons, Awesome! The spoons were brown, crunchy, tasty, hard and it seems they were made from doe. You could also use them to eat with. My friend Khiyali loved them! I did too

While Adrita and me were talking, I said “This is the best school ever.”  She agreed. “We can go outside when we want to, read books, roam around the building freely, eat when we want to and much more!” I said. “The teachers are great.” “The classrooms so big we have different aged friends, too,” Adrita said. 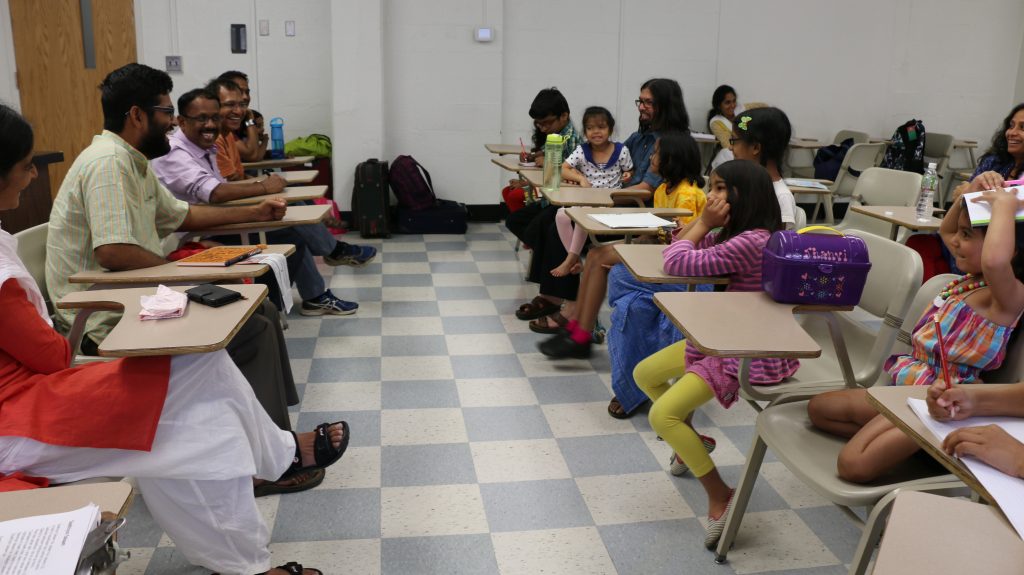 On the first day some people came and asked us questions, told us information and allowed us to ask them questions. They told us about problems in India. We shared our thoughts too. The people also asked us how we would solve problems. It was fun. 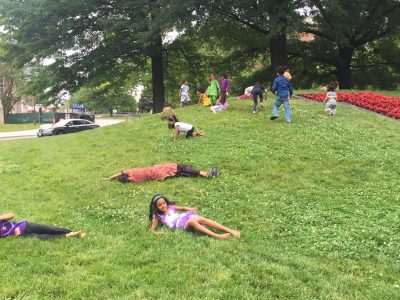 There is a hill with the letter M on the University of Maryland Campus. Good for rolling!

On the “M” hill (M for Maryland) the whole of AID volunteers took pictures. Later the kids rolled down the hill, over and over again. Nonstop. Others played ball or raced up and down it. After coming inside the kids (who rolled down the hill) got so itchy. They got so itchy, they went into the bathroom and washed up. We were better. The “M” hill is covered with beautiful red tiny flowers with a lovely aroma. The grass was totally green and really short.

AID (Association for India’s Development) was a wonderful success. AID raised money by selling things like mugs, clothes and more. The kids made a project to sell too. I want to go next year too. AID helps many people and it’s really great. If you want, please volunteer. I absolutely want to go next year. Please?

A Little About Me and More pictures: 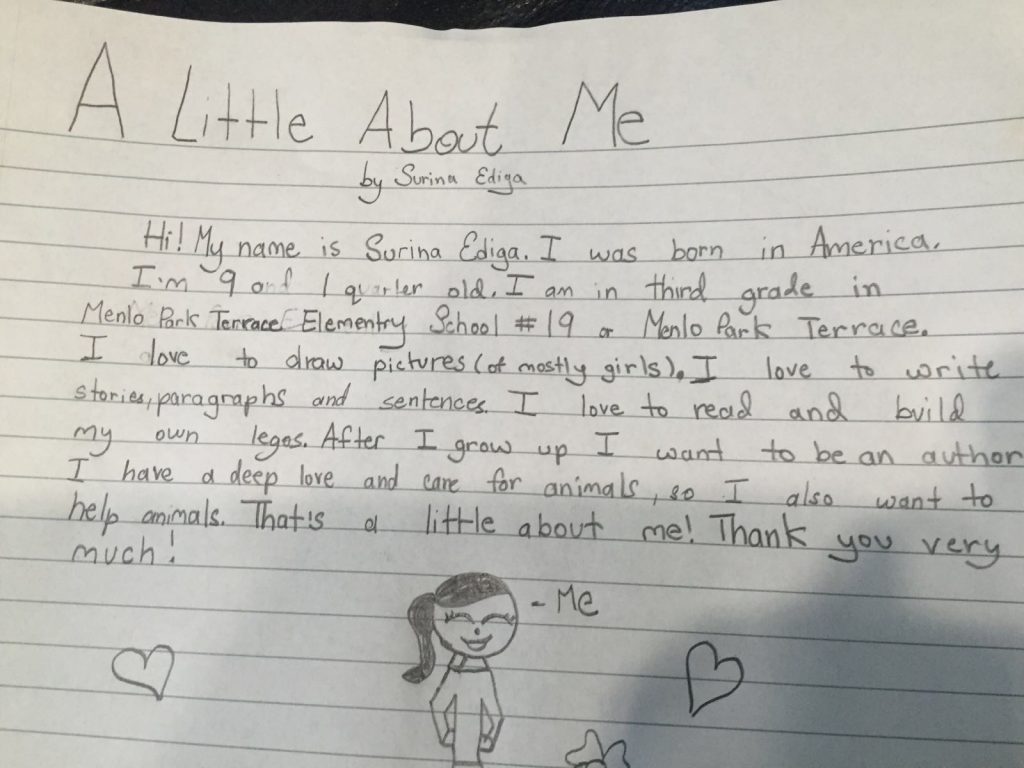 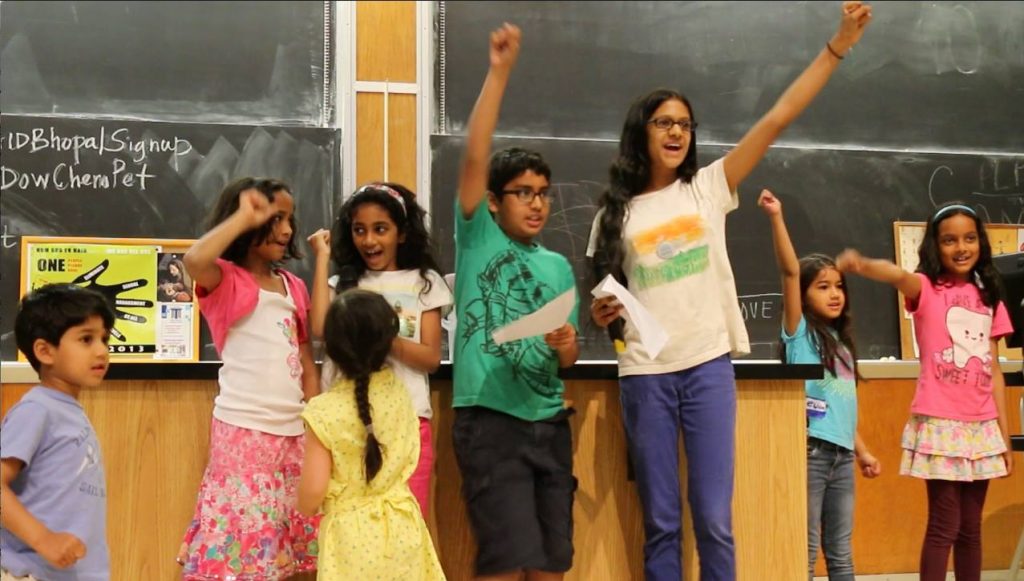 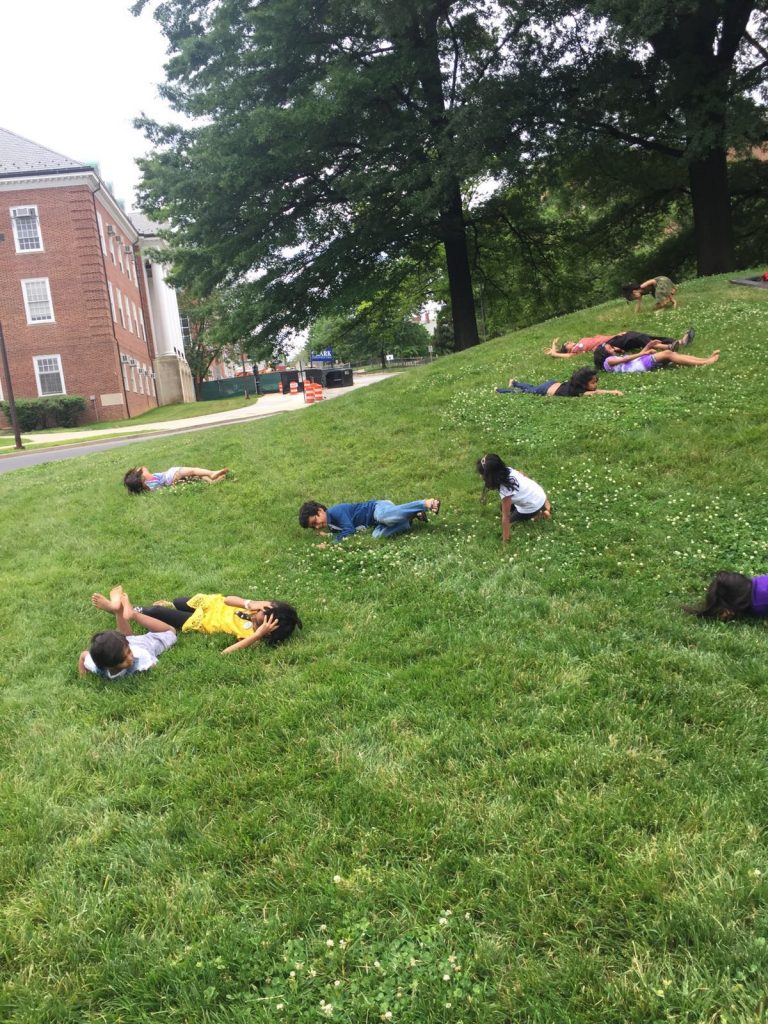 More downhill fun! Or as Surina might say, “This is the best school ever!”