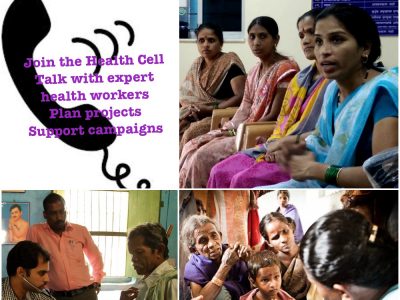 Bono: There is a misunderstanding that people in cities are aware of air pollution impacts.  Last week I was in a room full of doctors at an awards ceremony held by the British Medical Journal.  This year they are trying to enter space of environmental health.  There was a panel on air pollution.  A Ministry of Health official got up and said “it is a clear blue day, clear blue sky, there is no air pollution.”  At the same time I checked the AQI and it was 250.

Another woman in the room, who is an asthmatic, and has a company that makes monitors, sat through the meeting wearing a mask.  She asked the people in the room, “do you think the air in here is clean?”  All hands went up.  But it was 150, and we were inside a 5-star hotel in Delhi. They don’t know that Delhi air is never clean.

At the panel when someone tried to ask why the air pollution levels were so high, the answer they got was “because that is how high the monitors can detect.”  A total nonsense answer, demonstrates a serious lack of political will.  Even in cities, people are not aware, not putting enough pressure.

Aravinda: Last time we talked about raising awareness in rural areas by proving AQI monitors and talking about the impacts of indoor stoves, things that were in their power to change. Can we get quotes on these so that we can reach out to partners who would like to use them?

Bono:  Yes, putting monitors in rural places may help – The AID machine can use that evidence to put pressure on local governance systems to apply some local policy change

Tier 2 and 3 cities have no clue because there are no monitors.  If we can strategically place these in communities where we are doing some work, that could be valuable.

Follow up: Bono and Sherry will get specs and quotes on air quality monitors from activists including Shweta Narayan of Community Environmental Monitoring. 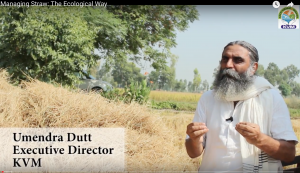 Bono, Vidya and Siddharth shared the following information regarding alternatives to stubble burning:

Inviting ducks to the field

​Bono is following up with Umendra Dutt and a group of behavioral scientists who will study the issue and make recommendations for behavioral change.  This has to be done in a systematic way for it to sustain.  They start out by doing a doer / non-doer analysis and design their interventions based on their approach. They are planning a visit to KVM in early December and will keep AID in the loop for possibilities of supporting farmers ready to try the alternative methods.

Rupal volunteered to talk with Revathi to find out other ways farmers deal with crop stubble.

Sherry and Bono also alerted the group to proposals for Waste-To-Energy which were promoted as solutions to energy production and waste management but in fact created severe pollution and encouraged waste rather than conservation.  National Green Tribunal is not looking into it. Need to raise greater awareness and look into legal action as these plants release toxins weill above legal limits.

Bono: Govt must wake up.  There are no buses in Gurgaon.  Why do we talk about every other solution but not reducing cards on the road?  When your car is linked to your status – what can the govt do?

Aravinda: Is there no chance of reviving the BRT (Bus-Rapid Transit) plans?

Bono: BRT is dead. Govt knows this is a seasonal thing.  People get excited when they can see the pollution, ignore it the rest of the year.

Sherry:  Today is the Delhi half-marathon and every one is again talking about the problem. But what about the people running around, working, going to school in Delhi every day.