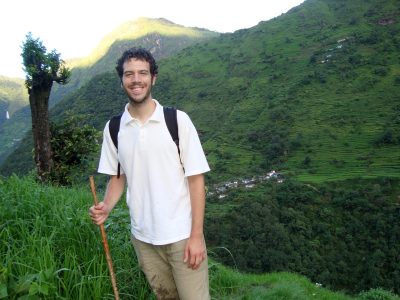 Nicola Giordano, originally from Italy, interned at Himal Prakriti – A Trust for Nature, while he was a student at Saint Mary’s University, Halifax, Nova Scotia, Canada  studying international development.  He had contacted AID expressing interest in doing research concerning the impact of Panchayati Raj in the society of remote mountain areas in India and to study its effectiveness to the society as a whole and to women empowerment.”  In 2009 he spent 4 months in the Himalayan village of Munsiari to study the role of Van Panchayat and Gram Panchayat in the life and development of the rural communities.  AID Saathi Malika Virdi introduced him to Himal Prakriti which hosted him and also arranged for him to share his findings with the local community before returning to his university.

Nicola studied the role of decentralization on social justice in villages, especially the role of the Panchayati Raj and the Van Panchayat. He traveled to eight different villages where he surveyed 286 people, including each village’s chief representatives of the village and forest. The villages varied in altitude, remoteness, size, and caste composition, among other factors. Upon return to Canada, Nicola used his findings to complete a thesis for a Master of Arts degree in International Developmental Studies.

Some questions he posed to the villagers and panchayat leaders were:

How much is their reliance on the forest?
How they perceive the forest? 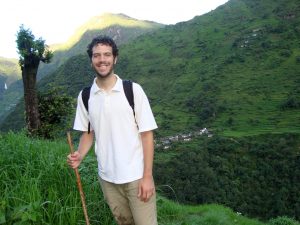 How much do they participate in the meetings of Van Panchayat and Gram Panchayat?
How do they perceive the Forest Department?

Through his research and case studies in Munsiari, Nicola found that decentralization in a society where industrialization is a main priority does not lead to social justice. The market drives the decisions, with power being mobilized by those villages and individuals with the bulk of the resources, despite oppressed groups comprising a majority of the population.

Apply for an internship with an AID Partner.