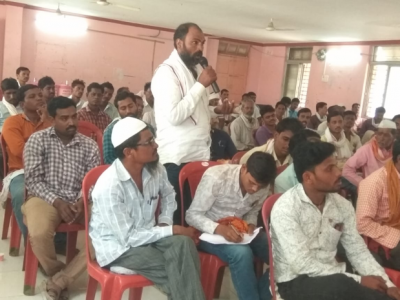 Access to basic healthcare is one of the major cornerstones of a healthy nation. People should not have to travel long distances for even basic healthcare. The Government has attempted to provide healthcare services till the last mile by posting Auxiliary Nurse Midwives (ANM) at Subcentres in each village. These ANMs are provided residential facilities at the Subcentre itself so that they stay there and are able to provide delivery services 24X7, handle manageable emergencies along with primary health services during working hours.

But in Parbhani district, in two subcentres in villages Aarvi and Pimpla which fall under PHC Dethna, the nurses used to not stay at the subcentre because of which the people in those villages were not able to receive health services. The ANMs used to visit the village just once a week and only cursorily visit houses. The health camps that she used to report that she has conducted were, in reality, only on paper. She used to come to the subcentre when called and that too after nearly 1-2 hours. The villagers were not getting timely treatment at the subcentre and ended up having to travel long distances to the nearest PHC or District hospital even for basic treatment. 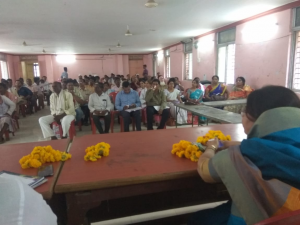 As part of Community based monitoring in Parbhani, SATHI along with local health activists conduct a Public Hearing which is an interactive forum where villagers are encouraged to strongly voice their concerns to the public service systems of the Government.

The issue of nurse absenteeism was raised at the Public hearing which was attended by villagers as well as District, Block level and PHC health officials. They questioned the nurses as to why they did not stay at the residence provided. The villagers at the hearing told the officials that since the homes of the nurses were in neighbouring villages and hence did not stay back at the subcentre. They also told them that even when the nurse visits the villages, she doesn’t visit all houses and is rarely available at the subcentre when needed for even basic care. Right then and there, the Block Medical Officer directed the nurses to start staying at the subcentre or risk facing disciplinary action. The officials even issued warning notices to the nurses.  As a result of this face-to-face interaction of the nurses with the district health officials along with the pressure from all the villagers, the nurses now stay at the Subcentre and provide services such as immunisation services, primary healthcare and delivery services. The villagers are now able to get healthcare at the village itself. 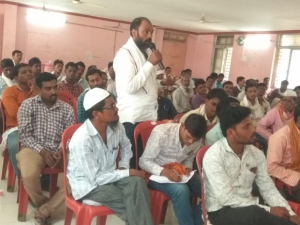 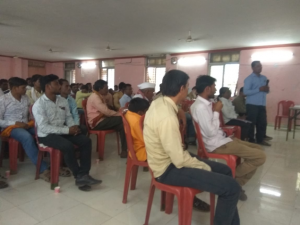 Along with making the people aware, this process and public hearing has made the people actively stand up, voice their issues and demand their rights. It serves as a feedback and monitoring directly by the People that these services should be accountable to. Now that the community is more aware, even the service providers have become more alert and work towards giving better quality of healthcare.