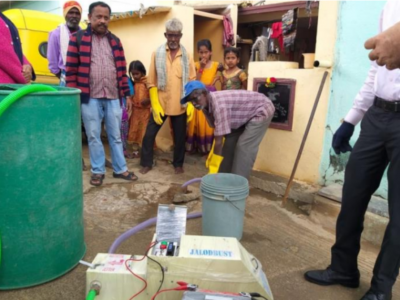 One of the hardest livelihoods to imagine is the manual scavenging work of safai karmacharis.  AID has been working with Thamate in Karnataka for many years now on protective gear to safai karmacharis, procurement of their rights and rehabilitation, attempts to introduce better machinery, and on Bheemshalas for their children’s education.

Because of the process of expansion and strengthening of the SKKS network and formation of the community based monitoring groups, we were able to secure several favorable outcomes for the safaikarmachari community in the state which included the following:

Unfortunately, the incidents of manual scavenging deaths while reducing in number, continue to take the lives of workers. 11 workers died in 6 incidents of manual scavenging deaths during 2018-20. Thamate is assisting in development of a small-scale mechanized cleaning equipment called Jalodbust which is being field-tested by workers who are members of SKKS.

During the last three year period, 9 Bheemshale (evening coaching centers) were run in different residential areas which benefited 352 children. Along with these, through government housing schemes, houses and basic amenities like drinking water, electricity and sanitation were availed by 746 Safaikarmacharis and 56 Manual Scavengers.

Your support has been crucial in enabling the achievements of these outcomes in the last three years, and your continued support makes a huge difference at the grassroots.

Jalodbust is a portable, Battery operated, sanitary sludge handling machine with an agitator. 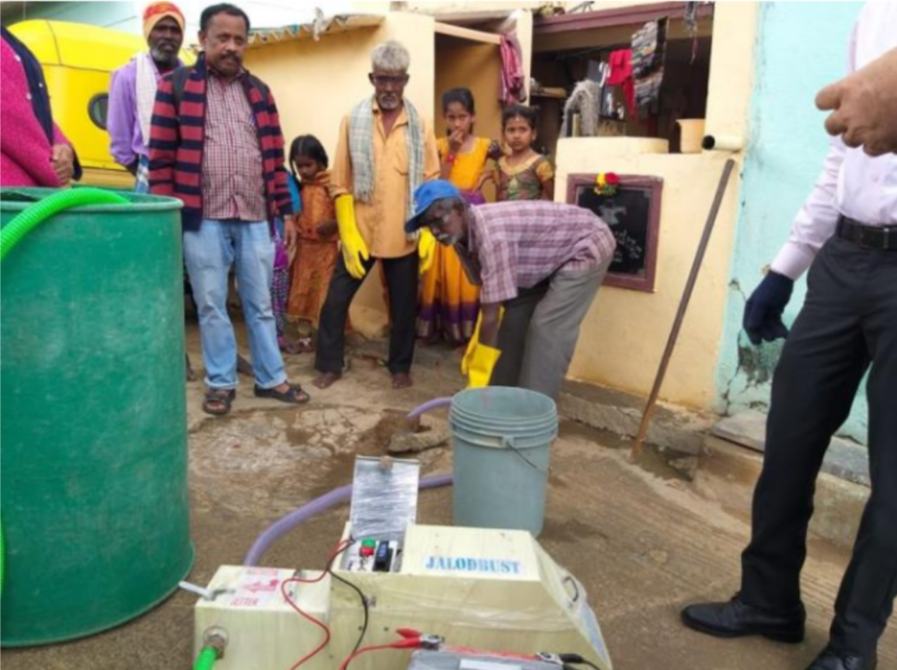