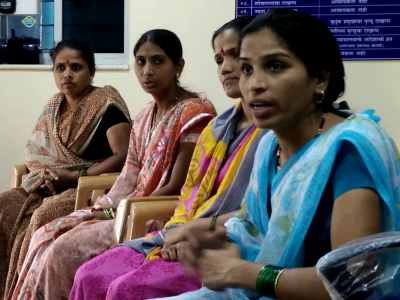 Volunteers visit every project that AID supports to observe the work first-hand and get familiar with some of the people and their perspectives.  Sonali Rahagude, a computer engineer and volunteer from Seattle visited Velhe, near Pune, where AID partner SATHI empowering local communities to make public health services function responsibly.

In September 2016, I travelled to Velhe Taluka, Pune, Maharashtra where an organization called Support for Advocacy, Training and Health Initiatives (SATHI) along with a local group called Rachana have implemented Community Based Monitoring.

I visited the following places:

What is Community Based Monitoring?

The record of the health system in India in providing adequate health services has on the whole been poor. From the village level, where Anganwadis are poorly maintained/staffed to systemic levels, there are a variety of problems with the health system. Though the Ministry of Health and Family Welfare’s National Rural Health Mission (NRHM) has laid out a number of provisions for rural healthcare, ensuring that these facilities actually reach the masses is an altogether different task.

The non-governmental organization (NGO) SATHI has been facilitating CBM activities in the state of Maharashtra for 8 years now. SATHI is a team of health professionals and social workers which has been working for nearly 2 decades with an aim to make the health system accountable to people, to establish health rights and change the nature of health services in a way these services become responsive to people.

In Velhe taluka near Pune, Maharashtra, SATHI has partnered with local civil society organization (CSO) Rachana to implement CBM. Rachana undertakes various programs in the field of Rural Community development, covering vital aspects of Education, Health; focusing on Women and Children empowerment. It reaches over 150 villages and hamlets in various tehsils of Pune spread over a large hilly area.

The Velhe block is situated 60 km from Pune city. It is a semi-tribal area located amidst hills and forests with poor communication and transportation facilities.

I visited the Gram panchayat office at Osade village and talked to the Sarpanch and the Auxiliary Nurse Midwives and ASHA workers. 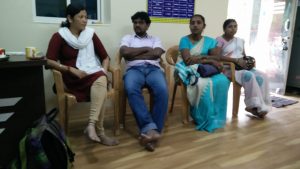 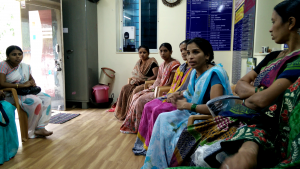 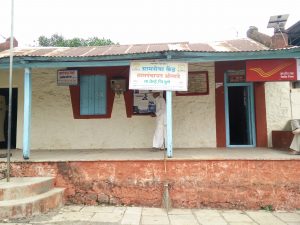 The ANMs told me how through CBM, the local villagers have become more aware of their rights and have also improved local sanitation and public health. Before CBM and Rachana intervention, mothers used to drop their kids to Anganwadi and leave. Now, they try to assess the quality of food and verify its nutritional goodness at least twice a week.

The sarpanch has now engaged with a local poultry company and convinced them to donate 100 eggs per day which are being used in Anganwadis. They are also trying to use part of the NRHM fund into buying nutritional food for malnourished kids. Due to all these efforts, the number of malnourished kids in the village has gone down.

I then visited a Primary Health Unit (PHU) which has been revived and made functional through CBM action as well as through efforts of the current MO – Dr. Deokar. 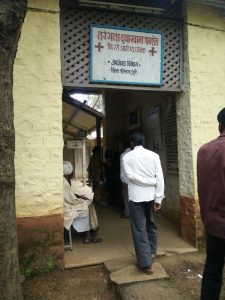 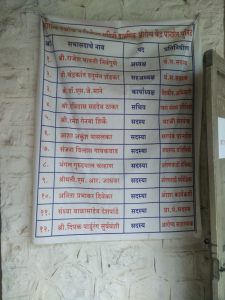 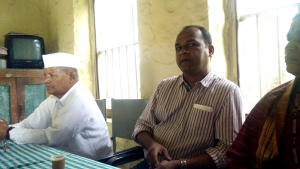 I had a discussion with Dr. Deokar and Bapu Shirke. Bapu Shirke has been a local CBM activist for more than 20 years now. He talked about the state of this clinic before Dr. Deokar (the current Medical Officer) was appointed. The doctors would give preferential treatment to people with better status in the surrounding villages. They would apathetic to the patients who would wait for hours before they were attended. At times when the doctors saw no patients had showed up, they would leave early, way before their work shift ended. This had lead

Improvements in PHU since CBM implementation

After Dr. Deokar got involved in CBM, the people’s trust in the PHU has been restored. The clinic maintains a clean in patient department, clean toilets, drinking water for people who travel from far to come to this PHU. It has led to an increase in the OPD attendance.

Through their efforts, this clinic has been sanctioned by government to become a Primary Healthcare Center (PHC) back in 2013. But they need a new building and more facilities for it, and no help from the govt. has been received in that regard yet. The neighboring land belongs to the irrigation department, so it is not easy to procure land; this has been the stance of the health officials.

The rural hospital at Velhe is a small dilapidated one storied building. Just to give you an idea of the remoteness of this place, it took us 1 hour to travel from Osade village to this hospital by car. 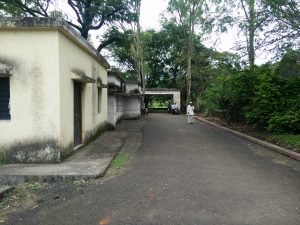 Mr. Konde (Rachana) gave me an overview of the changes brought to the hospital’s conditions through CBM. Planning of utilization of patients welfare funds has improved due to involvement of people’s representatives in its monitoring. 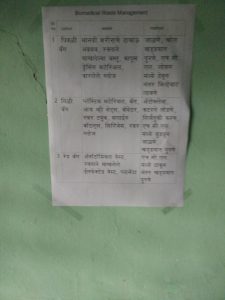 Instructions about biomedical waste management in the lab 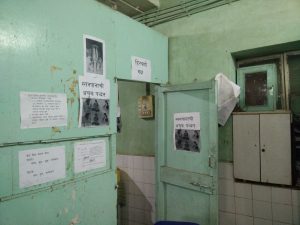 Apart from effective funds utilization, many other improvements were brought about through CBM action, 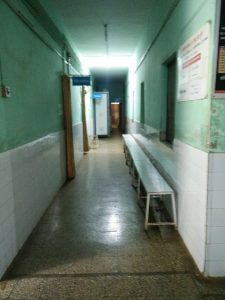 At the Rural Hospital, we met Dr. Tidke, the Technical Heath Official (THO) for Velhe (and Purandar, staff shortage in a known issue with public health institutions).  I was fortunate enough to witness an interaction between him, other health officials and the CBM committee members. It was interesting to see a difference in attitudes towards public health of both parties. 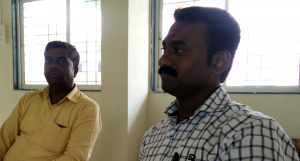 In the discussion, the CBM committee members raised various issues with the health officials.

Witnessing this discussion made me realize the complexity of carrying out CBM in action on ground. The officials wanted to paint an “all is well” picture. Getting them in the same state of mind and eliciting cooperation from them must be a herculean task often times. And one has to be careful not to offend them in anyway; everyone in the discussion was talking in a very pacifying manner.

The public health system in India is riddled with complex interconnected problems at various levels. Apathy and superiority complex in many public health workers, distrust of people in the rural health services and lack of general health rights awareness are just some of them.

Because of the effective implementation of the CBM process by SATHI in Velhe, people got more aware of health and health rights, they have started getting treatments at PHCs, asking money for the health services has stopped, availability of medicines has substantially improved. In addition to this, there has been a wave of local activists who have taken up CBM and have been doing the job with utmost commitment.

My biggest realization out of this site visit was the effectiveness of CBM at various levels — village, PHC and Rural hospital (RH). Given the dire state that our public health institutions are usually in, where patients are ill-treated, RHs don’t even have benches for relatives to sit outside or a clean lab for performing tests, an efficient CBM ecosystem is the most effective and the only tool that empowers people to bring about changes in the public health institutions and provisions, with a reasonable turn around time. In my opinion, I can describe CBM as a way of democratizing the public health system for the benefit of the masses.