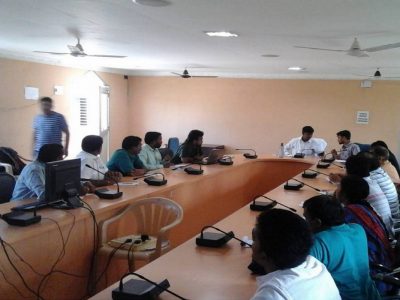 AID has approved emergency support to enable a group of 10 passionate volunteers who have taken off from their jobs and are working in Malkingiri district, Odisha to control the spread of Japanese Encephalities which has already taken nearly hundred lives.

The team of 10 volunteers has set up a JE coordination centre that is working with the district administration, civil society groups, farmers groups and the villages.  This well-thought of committee has been able to train village youth to do fogging on a war footing to control the spread of mosquitos. They have fogged 250 villages in 2 weeks and reached out to help 70,000 adivasis (indigenous inhabitants).   Once the spread of JE is controlled longer term activities such as proper drainage for water in villages and towns,  also need to be addressed.

AID is happy to collaborate with WASSAN to support this enthusiastic team of volunteers and has released Rs 1,65,000 (about $2500).  Please donate generously to AID’s All India Relief Fund that enables AID to provide such meaningful emergency and longer term support at times of crisis.

Please see the note and pictures that one of the volunteers of the JE center Dinesh Balam sent to Suresh Ediga, volunteer of AID, New Jersey chapter. 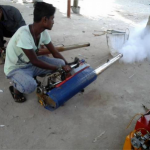 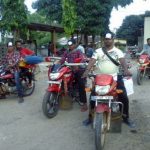 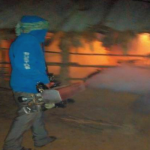 A JE Coordination centre with a team of 10 volunteers was formed to work with Government , Civil Society, Farmer Groups and Students to fight against the JE Epidemic in Malkangiri in October 2nd week. We are very happy to say that we have trained a cadre of 100 para workers on fogging operations , collaborated with NGOs on Awareness building and fever surveillance . Below is summary of achievements of JECC.

We are now able to consistently reach 25-30 villages on a daily basis. Entire Team including para workers have burnt mid night oil for last fortnight to battle JE. State Resource Team has also praised the efforts and said this is one of best JE Management we have seen. All the external representatives are very happy with work of JE Co ordination Unit. It was a great personal experience for me. Special thanks must go to Rajesh (PMRDF) , Ramani , RRA Network , WASSAN OTELP Team and Chumki , Parivarttan for their untiring efforts.

Having said that total deaths have crossed 60 and more than 100 villages have been affected. Fact that we have let this come this far is a matter of great shame. Hoping that those undergoing treatment will recover.