OXFAM in 2018 highlights that women compromise over 33% of the agricultural labor workforce along with another 48% being a part of the self-employed farmer classification. Despite women having such an important impact in India’s agricultural sector, they struggle to have their voices heard.  Even in today’s society, women do not hold the title of “farmer,” yet are labeled as “farm laborers,” though they perform the same tasks as male farmers.  With the inherent gender discrimination women seldom get the same rights as men. and have to fight an uphill battle for control over their assets.

On the contrary, male farmers are relatively well aware and educated on the benefits they can obtain, such as many subsidies, seeds, fertilizers, and more. However many women do not know these benefits even exist.

Women in agriculture do not even have control over production resources over land. Basic rights are stripped away from them and given to their male counterparts. A large number of these issues originate from, simply, a lack of education. Providing women farmers with education and aiding them to fight for rights is the job of one non-profit organization.

WINS – Women’s Initiatives is a non-profit organization headquartered in Tirupati, Andhra Pradesh, India and founded by Ms. R. Meera. WINS has been improving thousands of families’ livelihoods for more than 2 and a half decades. Ms. Meera started her NGO work in 1994 on several fronts on Self Protection against HIV, women’s collective to reverse and rebuild their life in the wake of an AIDS epidemic among many vulnerable groups. WINS consists of 5 full-time workers and 14 volunteers to help advocate for change. Ms. Meera’s work eventually expanded to empowering women in villages and agriculture. She also visited the United States twice to talk about numerous issues, some of which included ending violence against women. Ms. Meera was, in fact, invited by the U.S Department of State on a Professional Exchange Program!

The initiative primarily serves in the Chittoor District in Andhra Pradesh, India. The organization has many resources at hand, as it is a part of the MAKAAM Network, which is a collection of hundreds of NGO’s and groups across the nation that learn and spread ideas for sustainable development. Many United Nations (UN) members are partners in the MAKAAM Network, which in turn liaisons WINS with prominent academicians (agriculture scientists),bureaucrats,  and other like-minded non-profits.

Data from the WINS’ annual report from 2019 states that the organization “has partnered with over 1080 women farmer families” from “33 different villages.” They continue to explain that they “predominantly compromise scheduled caste families.”

Over time, WINS has provided numerous solutions to women farmer issues, while also positively affecting neighbouring communities. Starting off, the initiative is helping farmers in many districts find work under several government funded programs such as The Mahatma Gandhi National Rural Employment Generation Scheme (MGNREGA), DWCRA, and more. Under the MGNREGA foundation, which is a wage employment scheme, farmers can perform jobs for the government. Digging farm ponds, trenches, and fruit gardens are examples of what the foundation has to offer. MGNREGA not only employs farmers for pay, it also helps many women farmers obtain the highly-valued Crop Cultivation Right Card (CCRC). Under normal circumstances, the agricultural department would completely ignore applications from women farmers to receive the CCRC, however with WINS support, over 15 women have been able to claim it. The Women’s Initiative has been able to do this by constantly pressurizing the department. However, due to the bureacratric hurdles and inherent societal gender discrimination, it is quite challening to ensure women farmers  get their due benefits from the government.

The Women’s Initiative  (WINS) has also taken matters into their own hands and are fighting for women to apply for government loans. When applying for these loans, there is a lot of documentation and paperwork involved in the long, strenuous process. As a majority of these women farmers do not come from educated and rich backgrounds, there is a real deficiency for education and knowledge.

“Gender Activists”, as Ms. Meera likes to call her employees, will meet with the women farmers, learn about their situation, and teach them about benefits the government should have been giving them, yet in reality, simply have not. Multiple training sessions are conducted to spread awareness and provide camaraderie among farmers. To this date, WINS has conducted over 18 different training meetings with as many as 5700 women. These efficient and well-oiled operations are designed to help these farmers claim their identity cards, ration cards, social security pensions, and much more. As of 2018, 80 women have gotten their land title deeds and 100 women received their women farmer’s certificate. Both of these achievements were a result of both gender activists and the women farmers themselves fighting through the corrupt, systematic departments and in the end, conquering them.

Over the vast length of WINS support, the initiative has positively contributed to thousands of women farmers and their families. Let’s go over some achievements the Women’s Initiative has made in the past few years. Firstly, WINS introduced a new concept to the women farmer’s called Kitchen Gardens. These gardens were cleverly designed to undertake a wide assortment of tasks.

The basics of Kitchen Gardening are fairly straight-forward. The garden varies in length depending on the availability of land for each family, from 10ft by 15ft to 15ft by 15ft. As these women farmers do not have much land to cultivate, Kitchen Gardens are designed to be effective even when used in a backyard. To prevent other animals eating the crops, the gardens are protected and shielded by either bamboo shoots or thorn bushes.

See interview with Sugunamma, who is a woman farmer

Brinjals, chili peppers, and all kinds of leafy-greens are some examples of the large variety of different vegetables grown in the gardens. Many types of fruit can also be grown, such as papaya, guava, and pomegranate.

Growing large numbers of crops brings a large financial benefit to the women farmers. (Numbers below are the amount per family.) Based on the numbers, we can see that the kitchen gardens are extremely cost-effective while also yielding a variety of crops.

Kitchen Gardens have also been extremely beneficial during the COVID-19 pandemic. As schools were closed, children missed their Mid-Day Meals and couldn’t get enough vitamins. However, the children of the farmers did not miss out on nutrition, because they had fresh fruits and vegetables to come home to. The gardens also serve as an important environmental benefit. It is an important solution to problems such as disease, polluted water, parasites, and smoke inhalation. Also, since the Kitchen Gardens are locally grown food, it contributes less to the carbon footprint.

Another success story from the Women’s Initiative is the farmer suicide compensations. In the Chittoor District, 14 farmer families were victims of farmer suicides and had applied for the government compensations. “WINS had met with the families, issued a press release, and pressured the government”, all according to the Initiative’s Annual Report. In the end, seven of them received seven lakh rupees, which is approximately 9394.63 US Dollars.

In 2019, over 370 beneficiaries availed drip irrigation and micro-nutrition supplements for their land. These advantages helped the women farmers shield their soil fertility from deteriorating. Using India’s Social Security Schemes, WINS helped many obtain basic amenities such as toilets, water tanks, pipes, and bore-wells. 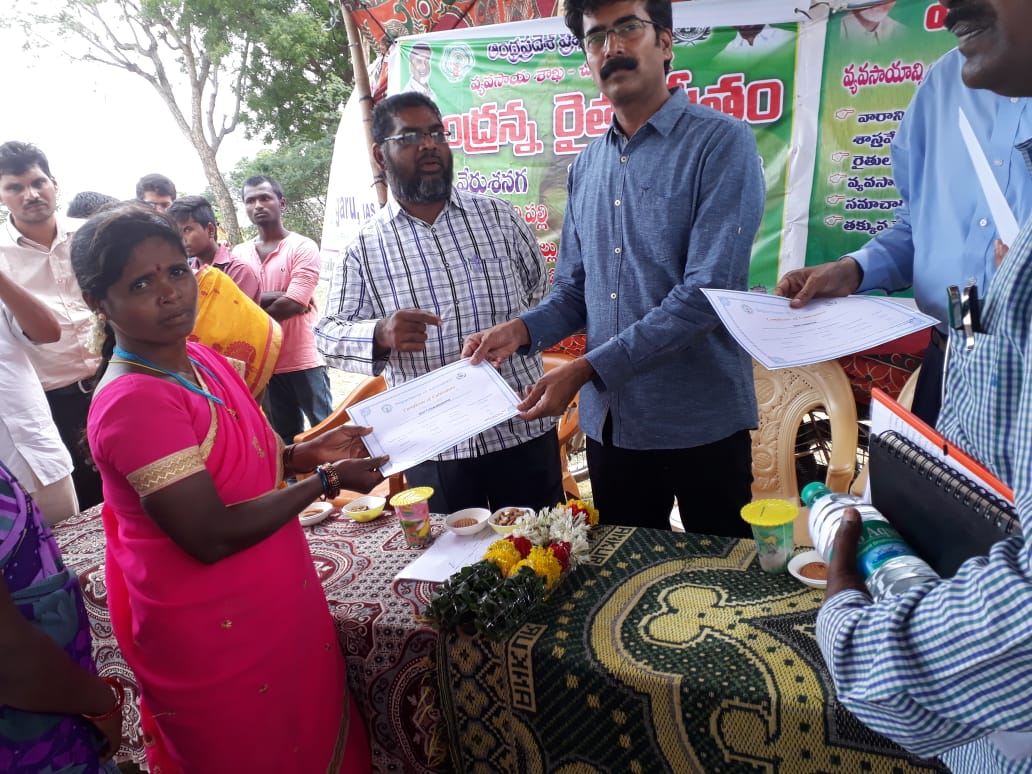 Chandramma, a women farmer and volunteer associated with WINS , was chosen for the Best Farmer Award, as she proved that by using natural farming methods, there is an increased productivity level. The Chandragiri MLA, Mr. Chevi Reddy presented Chandramma with the award.

One important future step is for the farmers to be educated and organized to form into the Producer Company. WINS will help these farmers understand the issues of millet cultivation and collectively come up with an idea, as one team, to come up with a solution.

According to the WINS Detailed Proposal for years 2020 – 2022, they state that, “There is a lack of community mechanism in place, denying the possibilities to identify common issues relating to the crop, mobilization of required resources, and initiation of collective action including marketing.” Creating “farmer groups” addresses these concerns and enables a team effort to come up with a plan. WINS “plans to reach out through women farmers’ projects to address the various issues faced…at different stages…”, data from the proposal explains.

The Women’s Initiative believes that creating the farmer, Producer Company, will help them aid other fellow farmers. At the end of the day, the Indian Agriculture sector is full of holes and is in need of assistance. WINS has done many things to make sure the voices of the women farmers are heard, but there are also many obstacles to be overcome. Spreading the word about the issues women farmers face in Indian society today, is something we all can do. 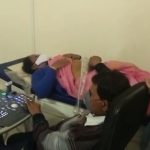 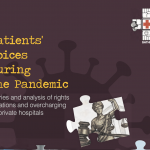 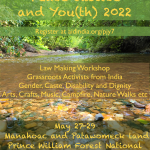 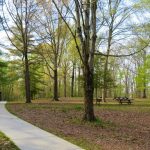 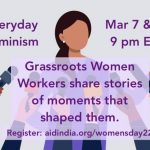 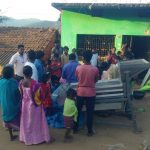 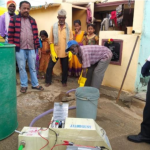