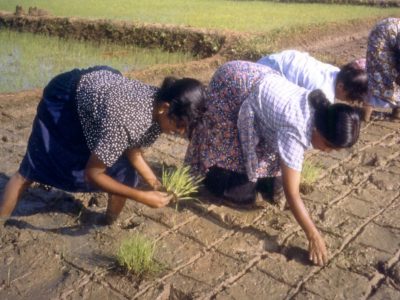 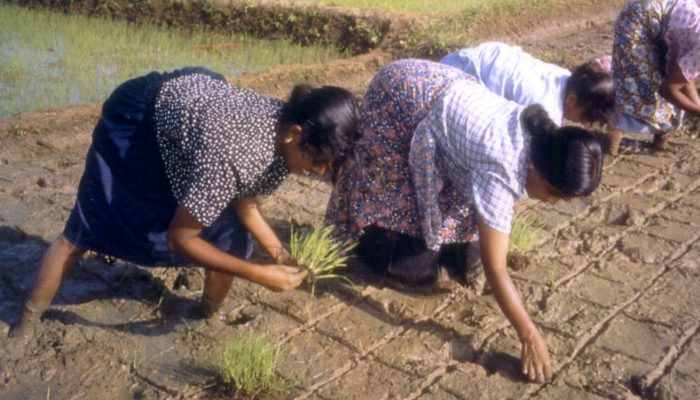 Chemical farming has flourished in India since the Green Revolution and is dependent on the excessive use of harmful synthetic chemical fertilizers, pesticides, hybrid seeds and lots of ground water. These agricultural practices have not only been destroying land and water but also pose a great danger to the health of the farmers, not to mention rural and urban consumers. This practice takes away the natural rejuvenating qualities of living soil due to which a farmer needs to add more and more fertilizers and pesticides every season to maintain the production. This inevitably leads to increasing input costs, adversely affecting the small and marginal farmers, who have limited access to good capital. This practice also inhibits the natural cycle through which the groundwater can replenish itself.

As opposed to chemical farming, sustainable agriculture is essentially a way of farming that has at its core the conservation of soil fertility by using compost and organic matter into the soil for growing crops. Sustainable agricultural practices combine various concepts, methods and techniques that allow farmers to grow crops without leaving any harmful impact on the soil, water and the overall environment while at the same time helping to meet the optimum yield levels. Given the potential capacity to enhance production with minimal input costs, sustainable agricultural practices are getting popular in the rice-belt areas around the world. These practices have done reasonably well in disaster prone regions, such as flood and drought affected areas and some with increased salinity in soil, where chemical farming has largely failed.

AID has been working with the small and marginal farmers in Sunderbans since 2009 when cyclone Aila had completely devastated the land. When the flood water receded it left behind the salt in soil that is supposed to persist for years. AID and its partners started exploring and trying out different techniques and methods of sustainable agriculture with 25 farmers initially to reclaim the land and to ensure some livelihood. Gradually this helped to fundamentally change the way of farming and around 20,000 farmers have now taken up these practices.

Below are some techniques and methods of sustainable agriculture that AID partners have implemented on the ground, including in Sunderbans, that has helped conversation of water.

SRI practice: System of Rice Intensification is a practice of rice cultivation that helps conserve water while enhancing production up to 70% if properly followed. As opposed to the regular rice farming techniques, this technique allows transplanting of single rice seedlings that are relatively young, spaced wide apart, instead of a bunch of seedlings together. In regular rice cultivation practices farmers usually flood the rice field but in reality rice does not need water logging although it can withstand that. Based on this fact, SRI suggests controlling irrigation in the rice field. The SRI method has been developed in such a way that to maintain the appropriate soil moisture it only needs watering once in 5 days thereby saving water up to 50%, according to studies. 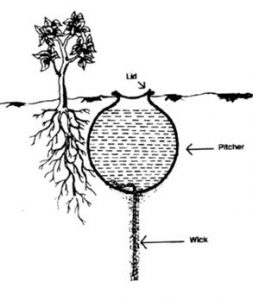 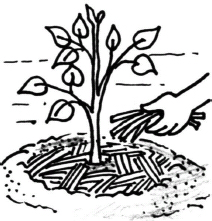 Mulching:  Mulching is another great idea to retain soil moisture and control evaporation loss of soil moisture. Controlling soil moisture is one of the most important edaphic features of soil. The idea is basically to cover the soil but not block the aeration so that the evaporation loss could be checked. The mulching could be of two types. One type is to cover the soil with dead materials like straw which eventually end up in compost and another type is live mulching where you can use some creepers and leafy vegetables as mulching for other vegetables.

Ridge farming / furrow:  Ridge farming is a popular technique in vegetable farming. In this technique small to medium height ridges are made in a wave-like pattern across the farmland to grow vegetables and creepers at the top of the ridge. It is a popular technique both in the low-lying areas to drain out the excess water and in medium height areas to optimize the use of water. In this farming technique, instead of doing flood irrigation and watering on plants, it runs water through the trenches to maintain the water in the soil and provide irrigation to the crops. In Sunderbans potatoes, tomatoes and some creepers are grown in that way.

Relay cropping: Relay cropping is a traditional cropping pattern in many parts of West Bengal including Sunderbans. It is an effective technique to optimize the use of water in farming. In this technique, before the harvest of the main crop such as rice, farmers broadcast the seeds of pulses and let this grow along with the main crop. After the harvest of rice the pulses keep growing without any irrigation or care. In this method the farmers use the remaining moisture in soil for the second crop after harvesting rice.