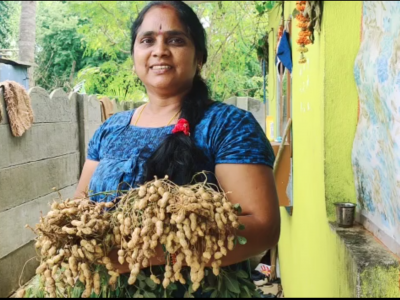 Athreya Shankar spoke to field coordinators working with Women’s Initiatives, an AID partner in Chittoor district, Andhra Pradesh.  They are forging a path for women to claim their identity as farmers, improve their skills, and transform their lives.

Until two years ago, Devaki, who had only studied until standard seven, kept herself busy doing household work and taking care of her children while her husband worked outside the home. All that changed when she casually attended a meeting organized by Surabhi, a cooperative society of women farmers.

Today, Devaki grows around fifteen varieties of vegetables in her small farm using organic farming methods. Her farm produce ensures that her family has a sustainable source of nutritious food and it also provides a secondary source of income to her family. Beyond material benefit, Devaki’s stature in her family has also grown and she is now regarded with a renewed sense of respect. 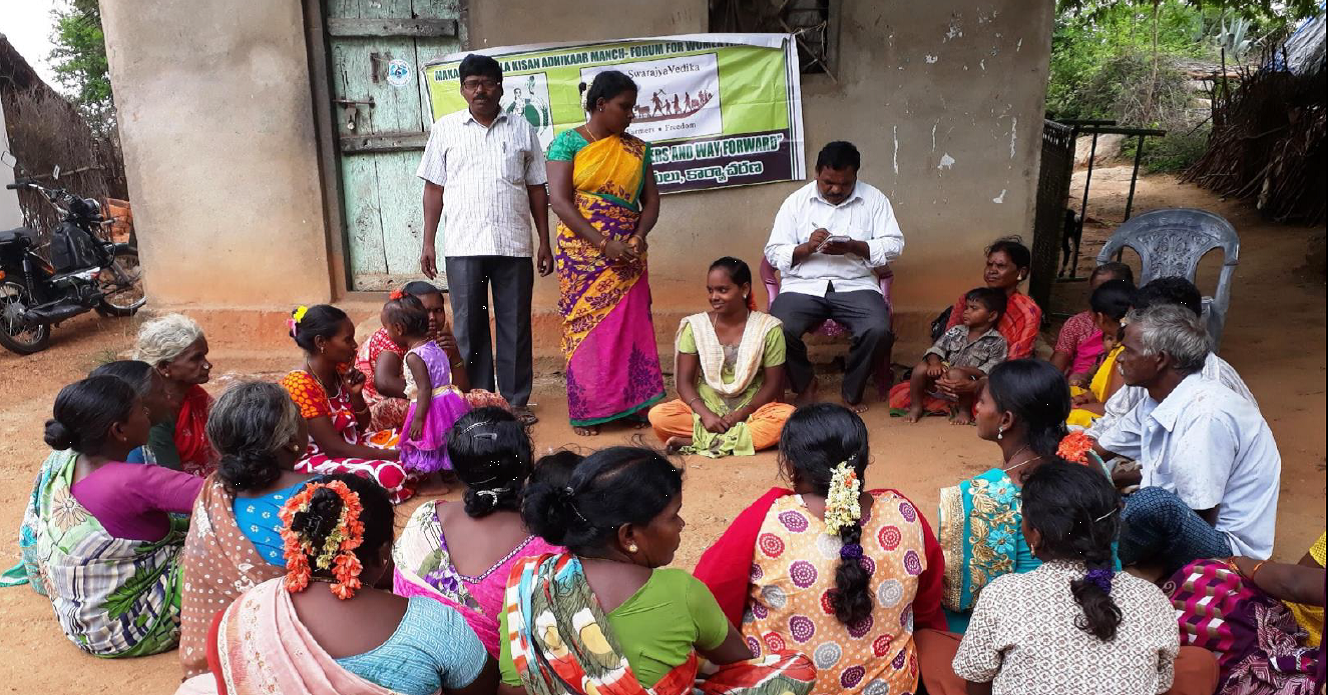 Devaki is one of more than 220 Dalit women farmers who are part of the Surabhi Women Farmer Producers Mutually Aided Co-operative Society. The Surabhi cooperative was born out of a broader collective called the Mahila Raithu Vedika, or the Women Farmers Platform, that functions in Chitoor District of Andhra Pradesh. When we think of a farmer, the typical image that forms in our mind is that of a man toiling away in a field. The Mahila Raithu Vedika (MRV) is changing this stereotype by training and supporting thousands of women who work in agriculture and making them see themselves as farmers. The Surabhi cooperative and the MRV are both brainchildren of Women’s Initiatives (WINS), an NGO with a track record of more than two decades in fighting for the socio-political rights of women. AID has supported Women’s Initiatives for 5 years. 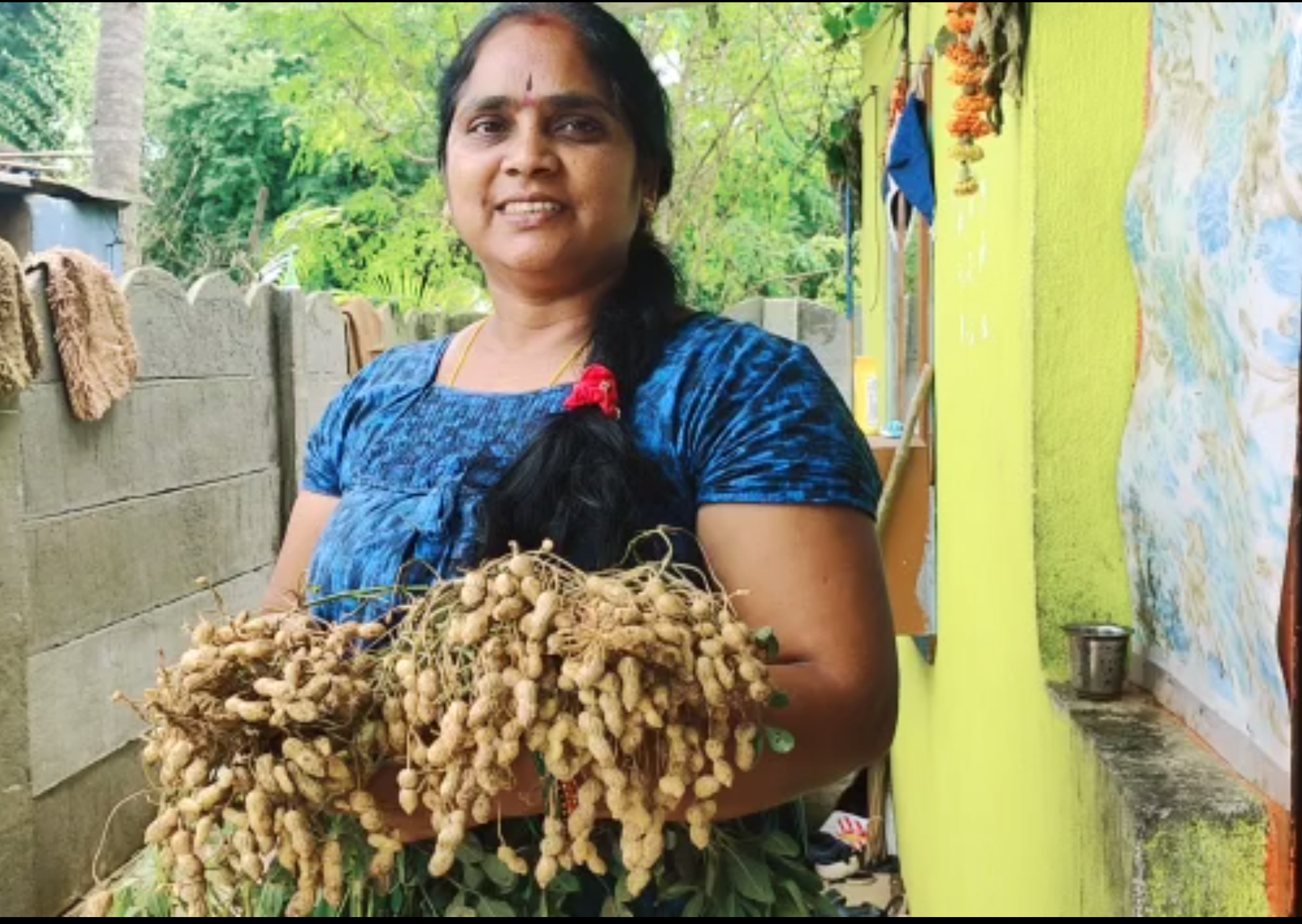 Many women farmers have little to no land of their own and hence work as tenant farmers. Guided by WINS, the women came together as a collective voice to fight for recognition as farmers and to look for opportunities to improve their economic condition. Village level meetings are well attended and serve as a platform for spreading awareness and for raising concerns. Where communication about existing and newly launched government schemes is practically nonexistent, volunteers like Kranthi Kumari play a crucial role in rapidly disseminating this information so that more women can make maximum use of these schemes before the relevant deadlines.

In addition, providing a sustainable and balanced diet to their families had proved to be a major challenge for these women. Women’s Initiatives introduced the idea of kitchen gardens, where women utilize their backyard to grow a variety of vegetables and fruits such as spinach varieties, pumpkins, brinjals, papayas, guavas and pomegranates. Women were trained in organic farming methods and were provided seeds to start their farms. Not only has this idea caught on extensively, but it has also proved to be a lifesaver during the pandemic. When schools were closed for the pandemic and children were not given free midday meals, the produce from these kitchen gardens ensured that the children had nutritious food despite the lockdown. Furthermore, the surplus produce from these kitchen gardens serves as a supplementary income source for these families.

See interview with Sugunamma, who is a woman farmer:

The continued growth of these women farmers has been hindered by a combination of environmental and governmental factors. In recent history, Chitoor has never witnessed rains and floods as severe as the ones in November 2021. Crops and farm produce have been destroyed and livestock has been hit by a shortage of fodder and water-borne infections. The lack of proper governmental support is particularly glaring in the light of the recent flooding.

Despite these setbacks, these women continue to dream and plan for a better future. With support from donors like you, we can make their dreams a reality. These women are more than willing to revive their farms after the floods, but this is not possible without immediate financial support. Furthermore, it is becoming increasingly evident that farming alone does not generate sufficient income and that it must be done in combination with animal husbandry. Funding is needed to buy cows for setting up small-scale dairy businesses that will supplement the income of these women.

Members of MRV and Surabhi are looking to utilize technology to process and market their produce.  For example, many women farmers produce tomatoes. However, the fragile retail market for tomatoes is such that when the yield is high, the rates are low and when the yield is low, the rates are high. To overcome this problem, these women farmers wish to process their produce to prepare products like powders, juices and ketchups that have a wider market. With financial support, they can gain the technical and business acumen required to tie up with small and medium scale food processing units that can convert their produce into finished products.

With the formation of the Surabhi cooperative, the women have acquired the mindset of an enterprise- the collective should grow and this must translate into growth for each and every member of the cooperative. To this end, the cooperative is looking to mobilize funding that will enable them to obtain an equity grant from banks. The members of the cooperative also plan to participate in an organic farming training program organized by the Tirumala Tirupati Devasthanams, who have announced that they will also buy the produce obtained using the techniques taught in this program.

The biggest transformation brought about by the MRV and the Surabhi cooperative is a change in the mindset of these women, who now regard themselves as working farmers rather than just helping hands. With their energy, initiative and drive, they multiply the value of the support AID provides, and thereby improve their standard of living and provide a better future for their families.

Athreya Shankar researches quantum physics in Innsbruck and volunteers for AID. He finds volunteering with AID as a means to learn about the most pressing challenges in people’s lives today and to make a small positive difference in their lives where possible. 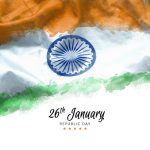 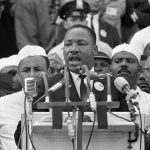 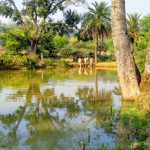 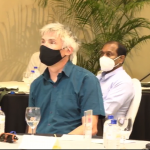 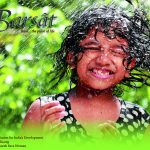 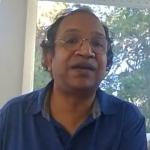