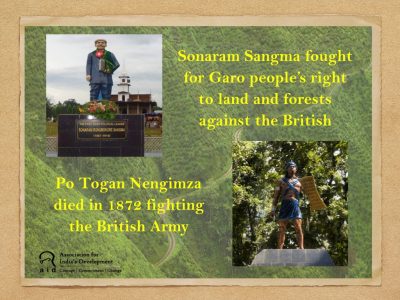 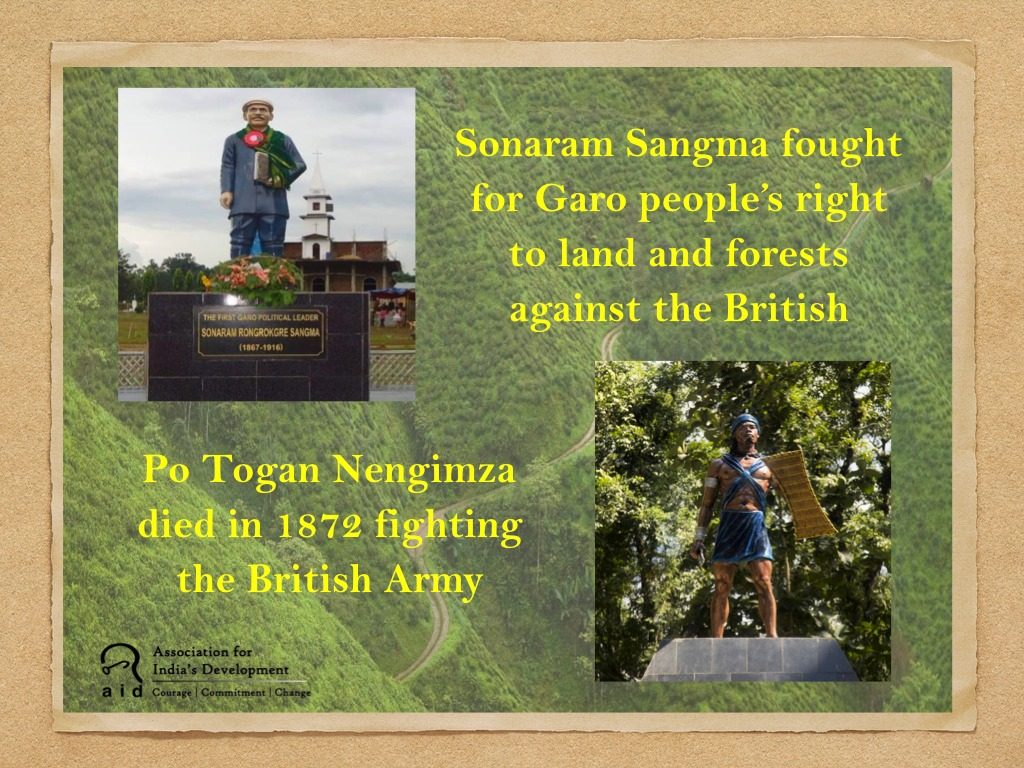 Tribal communities in Northeast India are often seen as “outside” of the narrative of what it means to be “Indian”, and thus stories of their anti-colonial struggles do not feature in mainstream Indian nationalist accounts. Like many other tribal communities in Northeast India (e.g., Khasis, Jaintias, Nagas, Lushais), Garo people (in the current state of Meghalaya) have mounted heroic resistance against the British rule and associated oppressive practices carried out in collusion with zamindars. In many ways, contemporary narratives continue from British colonial accounts ignoring the local histories which are only carried forward through folklore and oral historiography.

Sonaram Sangma and Pa Togan Nengminza are two Garo leaders who are well-known in Garo Hills for organizing anti-colonial resistance in the late 1800s and early 1900s.

Pa Togan Nengminza organized Garo people for direct confrontations with the British army as they tried to annex the region in the late 1800s. In 1872, he and many other brave Garo warriors were shot and killed by British soldiers as they fought to halt a British incursion into Garo Hills. His life is celebrated every 12th of December by the Government of Meghalaya.

A proponent of non-violent agitation and self-abnegation, Sonaram Sangma devoted his life to restore Garo people’s ownership over cultivable lands and “reserved” forests. Declaring forests to be reserved was a colonial system of establishing British control over the forests. Sonaram also fought to abolish the Begar system or forced labor practiced by the British colonial administration. He brought together the Garo tribes of the hills and the plains.