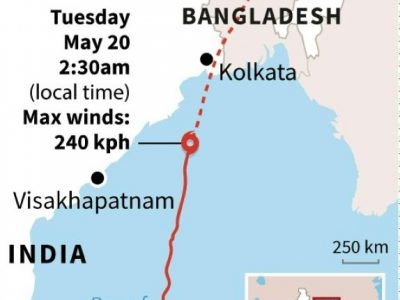 This information is taken from “Cyclone ‘AMPHAN’ Report on Restoration and Damage Assessment” by the Odisha State Disaster Management Authority, published here on 23.05.2020. 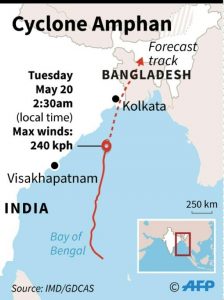 No confirmed cases of human casualty reported so far.

Agriculture: About 1 lakh Ha. of all crops area damaged. Assessment is going on and is expected to be completed by 26.05.2020.

Buildings: As per preliminary reports received from Panchayati Raj & DW Department 646 no. of Anganwadi Centers, 1552 no. of Primary School buildings and 298 no. of GP Buildings and Community Hall have been damaged.

Deployment of Disaster response forces: 19 NDRF teams, 12 ODRAF teams, 156 Fire Service teams and 2 teams of OFDC have been deployed in the affected districts for clearance of supply lines.

Detailed reports from the Sunderbans, which were struck by the eye of Cyclone Amphan, are still unavailable.