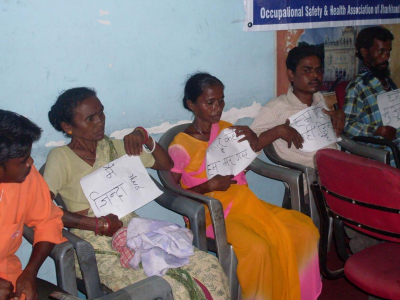 Nov 2016 — Responding to a petition by National Human Rights Commission (NHRC),  based on research of grassroots groups including AID partner Occupational Safety & Health Association of Jharkhand (OSHAJ) that advocates for rights of workers affected by silicosis, a deadly lung disease caused by dust in mines and quarries, the Supreme Court has ordered a report on the conditions of workers across Jharkhand, with medical camps in vulnerable areas and follow-up in government hospitals. Prevention is the only safeguard; there is no cure for silicosis. 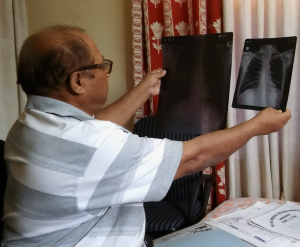 This is a significant victory for workers in quarries, mines and other industries that put them at risk of silicosis, a deadly disease with no known cure.  Prevention is the only safeguard and the survey and medical camps offer an opportunity for the workers, with support of OSHAJ to come forward, be counted, be heard and be treated with care and dignity.

In the Press:  Hindustan Times, Silicosis survey to start in Jharkhand from Monday

Message from Samit Carr, Occupational Safety and Health Association of Jharkand, who has worked for the health and occupational safety rights of workers at risk of silicosis for a decade:

Recent Supreme Court order directed all the state governments, DGFASLI, DGMS, Expert Committee on Silicosis, SPCB of different states to ensure to compliance on the guide line set by the Central Pollution Control Board to prevent silicosis at the source points using engineering devices and to carry out health survey on silicosis and investigating the polluting units /sites in every states by the said departments in collaboration with the NGOs like OSHAJ and others who have been working on silicosis.

As OSHAJ is the only NGO in Eastern India working on silicosis, so DGMS, DGFASLI and Regional Occupational Health Centre (Eastern) Kolkata, have contacted OSHAJ for conducting joint health survey on Silicosis in Jharkhand West Bengal Orissa and Bihar to submit detail report to the Supreme Court on prevalence of silicosis in the different states of India.

A meeting was organised by Govt. of Jharkhand on 15/10/2016 aiming to develop a roadmap and mechanism for prevention of silicosis and for diagnosing and treatment of silicosis affected workers. Also to sensitize the Quartz grinding factory owners and Director/ Manager of Coal Based Power Plants to make compliance on the recommendations/guideline set by the Central Pollution Control Board as endorsed by the Honb’le Supreme Court and NHRC and to implement Factories Act 1949, Mining Act 1952 and ESI Act 1948. Medical Specialist of Occupational Diseases from Directorate General Factories Advice Services Labour Institution, Directorate General Mines Safety, Government of India, ESIC were also present at the meeting. A check list was circulated among the representatives of industries and power plants. Secretary General of OSHAJ as a lone representative was also invited in the meeting. The meeting resolved with the resolution that the factory and power plants owners will submit a self certificate to the govt. of Jharkhand that they would take all the necessary steps to make compliance of all the guide lines of CPCB.

My opinion is that self certification is not enough for fruitful compliance of the guide line of CPCB. However, some thing has been started by the government. Management of Bokaro Thermal Power Plant has started health survey on silicosis / CWP (Coal Workers Pneumoconiosis). 350 workers have undergone chest X-Ray today in private clinics. 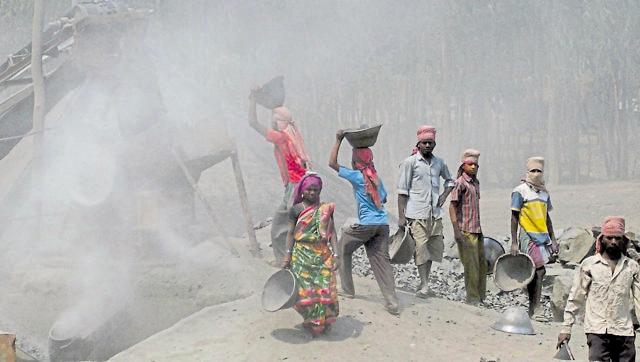 Mine workers are exposed to silica dust at a stone grinding unit near Jamshedpur. (Hindustan Times) 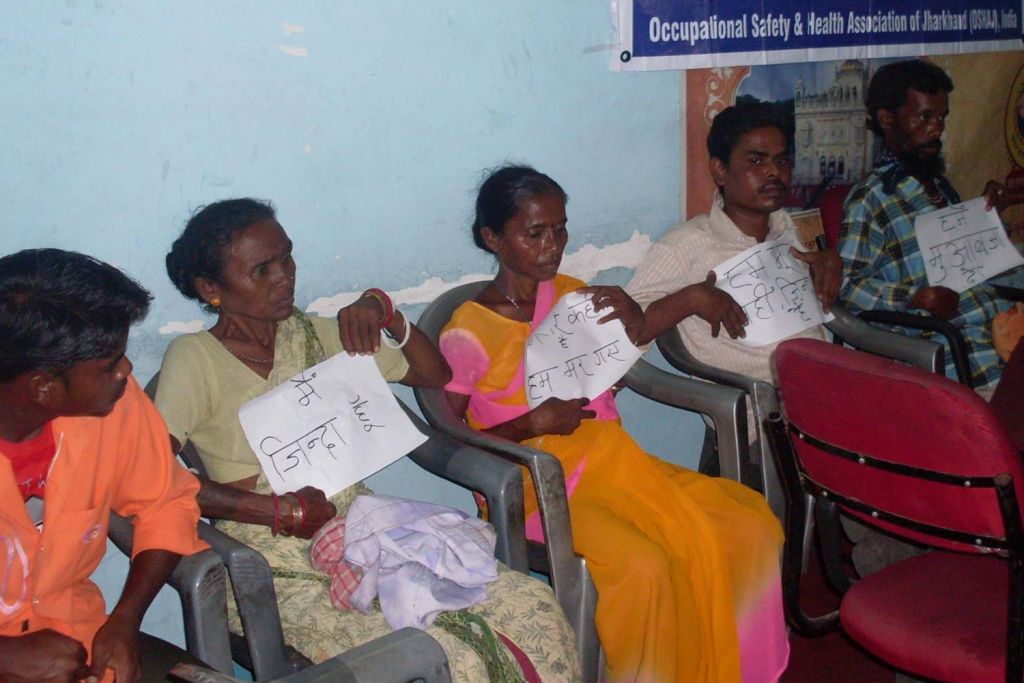 Improving Maternal and Child Health in the Agariya community